Another Vancouver West Side Realtor with an honest assessment of conditions 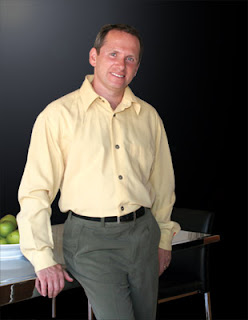 "The local person is completely out of this market," he said. While skyrocketing prices have made business good, Hasman said that the current market, with housing prices rising 10-15 per cent each year, is unhealthy.
"Anytime you have extremes in markets, it's never healthy," he said. "You end up with a bubble. If the local economic base can't support these levels, then at some point you're going to have a lot of people burned big time. It's not sustainable."

A realtor telling you that a bubble is forming and that if you get caught up in it you could get burned?

So as July 2012 unfolds into what is possibly becoming one of the worst months for sales since he became a realtor in 1993, let's take a look at his observations for last month on Vancouver's West Side:

This feels like the first Normal Real Estate market in many years. That is if you can even define or remember what 'Normal' really feels like.

Gone are the bidding wars and gone (for now) are the days when homes were selling in mere days. For buyers there is now good selection and no pressure to make that big commitment. For home owners trying to sell, patience is required and making sure you list your home at 2012 price levels which may be 5 to 10% below where they were a year ago. This all being said, when you price your home correctly we are seeing buyers show up with offers.
Sales of home across the Greater area of Vancouver are at levels not seen since 2000!

Overall, prices still seem to be holding with some price softening in specific markets only. Vancouver’s Westside looks to be one of those markets.

Fewer buyers from China, tougher mortgage regulations and concerns over the global economy are all weighing on consumer confidence. I predict these market conditions will continue through the balance of 2012 with further price softening.
In the past three years the houses saw most of the run up in prices with huge demand from Immigrant buyers. It’s now this market that seems to be experiencing the most price softening.

It seems Hasman is another of those rare realtors giving us an accurate snapshot of what is going on out there.

Please read disclaimer at bottom of blog.
Posted by Whisperer at 12:20 AM