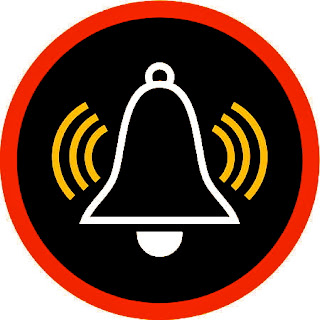 To those who watch real estate, the sales totals the part few days are setting off alarm bells.
Summer is normally a slow period, but the latest results are positively dismal. The last three sales days have all come in under 100 sales.
Last Thursday's total was 87, Friday was 61, and yesterday - normally a high day because of the weekend - yielded only 86 sales!
And these totals are still infused with some delayed pre-July 9th sales. In the rush to beat the new mortgage rule deadline, many sales from the deadline surge are only now being recorded as closed. Of the 86 reported sales today, at least 33 were pre-July 9th.
Comparing daily sales to last year, average sales per day in July 2012 was 132. This July we are at 109 and falling. Some are even speculating that when the pre-July 9th sales work their way through the system we may see some sales day totals under 50!
Single Family House (SFH) sales are falling off a cliff, down 25% over last year and down 10% from last month at least.
The dismal numbers have some industry members fearing sales may plunge below 2008 levels as summer becomes fall.
Realtor Larry Yatkowsky takes a look at the numbers and suspects the market may be on the verge of a significant plunge.
Yatkowsky notes:

Back in June of 2008 Vancouver’s housing market was in the middle of a steep dive as it recorded only 33,136 sales. The decreasing number of sales continued to twist and turn as it dropped to September 2008′s total of 28,475 sales. That particular dive straightened months later with a grand splash as April 2009 recorded total sales of 21,459.

After the looking at the current trending sales numbers, Yatkowsky ruminates circumstances may be about to get much worse than in 2008 and that another big dive in sales may be coming:

It appears that the dive graph called Vancouver house sales contains indicators that the market may surpass September 2008′s lackluster performance with June 2012 recording 28,617 sales – only a few hundred sales separate the two... and its indicators (suggest) Vancouver’s real estate market’s performance is not about to straighten. 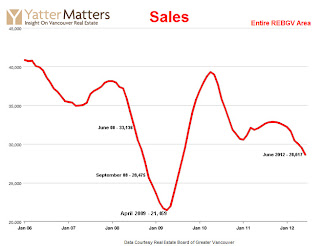 Will the result in Fall 2012 be a plunge greater than in September 2008? Will the slide continue below the bottom hit in April 2009?

That stimulus won't be available this time so you can understand Yatkowsky's concern.
Alarm bells are going off for industry insiders.

You have to wonder at what point those alarm bells will start to sound with the average joe on the street. Because when they do, then the sales crash will become a price crash.
==================