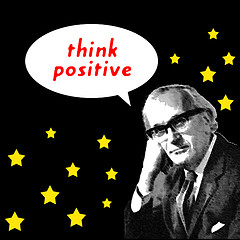 Two days ago we told you about an article in BC Business Magazine that heralded "The Real Estate Mania is Over."

History shows that Vancouver has always been a real estate boom-and-bust city. Now that the most recent mania appears to be over, with sales falling and prices threatening to follow, there's no reason to think that's going to change.

Fear and worry are rampant in Vancouver these days: the mighty real estate market is struggling. Whether it is in a tailspin or due for a monstrous crash is the subject of endless dinner conversations, office cooler chats and online messages.

But ultimately BC Business Magazine dismisses the inevitable crash saying:

Was this a massive bubble? Slightly. When prices rise that much, we’re nudging bubble territory. But bubbles imply resulting crashes, and I don’t believe we’re going to have one. Of course, prices will drop a bit, but an American-style catastrophe isn’t going to happen.

All the evidence and the author concludes 'I don't believe we're going to have a crash'?

The doubters will only believe it's a bubble if we have a crushing crash.

Until the crash occurs, no manner of charts, theories, or tales of congruent circumstances (leading to this very outcome in other countries) will convince them until prices actually collapse. To them... real estate always goes up.  It may have 'little pull backs', but it always goes up.

Nothing personifies this wilful blindness like realtor Mary Cleaver. Introduced to us yesterday via Garth Turner's blog, Mary is one of those who have swallowed the Kool-aid in pitcher sized gulps.

For your enjoyment pleasure, two videos from Ms. Cleaver.

The first is from January 2012 and Mary explains why buying real estate is far better than the stock market:

Next, our pixacious airhead attempts to counter the 'housing crash' stories on CBC's National back in May by insisting Vancouver isn't in an overheated market. From the youtube video description:


Contrary to general statements made regarding the real estate market in Canada, the Vancouver housing market is far from over-heated. April stats tell a story of lots of inventory and fewer sales than in both March of this year and April of 2011. With the exception of parts of East Vancouver, much of the city is in a balanced market and trending toward a buyer's market. Buyers find themselves with plenty to choose from, time to make a good selection, prices in many areas stable or even lower than in the last year or two, and historically low interest rates. For Greater Vancouver statistics for April, go to www.dexterrealty.com. For more information and to contact Mary, go to www.marycleaver.com

And now the video...

As I said, until the crash occurs no manner of charts, theories, or tales of congruent circumstances will convince people like Mary of what is coming until they see, with their own eyes, prices actually collapse.
And when they do, you can bet all Mary will be able to muster is: Who could have known?

Please read disclaimer at bottom of blog.
Posted by Whisperer at 12:48 AM