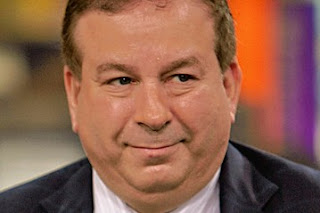 The Wall Street Journal is picking up on Gluskin Sheff economist David Rosenberg's recent analysis about the Canadian Housing Market.

In case you missed it, yesterday the Financial Post covered Rosenberg's analysis that Canadian housing prices are not sustainable.

Jumping on the story, the Journal headlines: Bubble vs. Rubble? Rosenberg Weighs in on Canada-U.S. Housing Divide.

And remember, he was the guy who called the U.S. housing bubble.

In a report out this week, Mr. Rosenberg describes the different real-estate market landscapes on either side of the Canada-U.S. border–”bubble versus the rubble.”

Rosenberg is highly respected in the United States as an economist who pulls no punches and he gained a high profile in financial markets when as the chief economist of Merrill Lynch he rang some early warning bells on the housing market crisis and subsequent recession in the U.S.

Mr. Rosenberg’s message now: Housing prices in Canada and the U.S. have never been this polarized, with Canada’s prices on average twice that south of the border. Historically, they have been close to parity, he says, and they can’t stay this far apart forever.


Toronto and Vancouver are “undeniably desirable places to live,” but that doesn’t mean that prices in Vancouver should be 4.4 times above the U.S. average, and Toronto three times higher.

Activity in the Canadian market should cool off, with condo sales vulnerable to a 20% drop in hot spots like Vancouver and Toronto. And another tightening of Canadian mortgage rules—which went into effect this week–is sure to bite into demand.

Our friends over on VREAA have summarized Rosenberg's report and his comparative graphs.

If there was any doubt before, you can't ignore it now. The word is out across America and the world about our housing bubble and that a crash is not only imminent, but expected.

Rosenberg summarizes the situation succinctly by declaring; “Not sustainable, my friends.”

Wasn't it Tsur Sommerville who insisted that wealth would continue to pour into Vancouver to support our housing prices?

I wonder if the Sauder School of Business will come out with a report analysing how wealth ignores the evidence when making investment decisions.

Please read disclaimer at bottom of blog.
Posted by Whisperer at 9:53 AM