A real estate news story made to order? 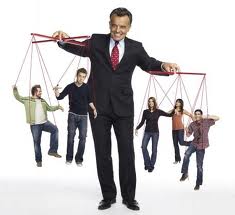 On Thursday we told you how Eugene Klein, president of Real Estate Board of Greater Vancouver (REBGV), was perplexed.

On July 9th (only two days from now) insured 30-year amortizations will be a thing of the past.

And as the Globe and Mail newspaper noted, Mr. Klein was disappointed that he had not seen the expected rush of activity from some buyers eager to get into owning a home prior to the changes taking effect;

“We thought (we) would see a fervour of activity from people trying to get in under the line of the due date, but members haven’t been telling us that that’s the case. So we don’t know if the information is really out there, if consumers really understand it.”

Well... if they don't understand, best to get the word out then.
And in the time-worn fashion of manipulation that now characterizes the mainstream media/real estate industry relationship, we are suddenly treated to story telling us the exact opposite of what Klein claimed was going on in the market... and just so happens to promote precisely what he wished was happening.
It is exactly the type of manipulation that infuriates so many who watch real estate in this city.
You can almost envision how it plays out.

After lamenting what isn't happening, a story is crafted about a couple who learns of the impending mortgage changes, the story is packaged up, sent to a news reporter contact, and... lo and behold... the media eats it up and we are presented with a profile of couple who scrambles to buy before they are priced out by the new mortgage rules.

... with the underlying message that you might be missing out if you aren't doing the same.
Yesterday it was CBC news who appears to be playing the media patsy.
In a story titled "Home buyers scramble before mortgage rules change: just 2 days remain in which 30-year amortizations will be allowed", we follow Bruce and Denise Perrett, of Port Coquitlam, B.C.
We are told they got married last year and wanted to buy a house, but they weren’t in a rush. That all changed when the couple heard Ottawa was tightening mortgage rules.
CBC profiles how they "sprang into action and called their mortgage broker," got mortgage approval and beat deadline stress!

The Perretts spent 48 hours looking at homes and put an offer that was accepted last week on a property in Maple Ridge that has everything they want.
The best part is that they qualify for a 30-year mortgage.
“We probably wouldn't have been able to afford to mortgage a house, or at least not the house we wanted, if we hadn't jumped on it,” Bruce Perrett said.

On Thursday REBGV President Eugene Klein was fretting that young buyers weren't being sucked into the pressures of beating the mortgage deadlines and buying real estate.

Then he lamented that perhaps his industry wasn't getting the word out to the public about what they needed to do.
Suddenly, the very next day, a story appears in the media promoting EXACTLY what Klein wanted to see.
Riiight.
I wonder how many gullible couples will actually be suckered in by these types of tactics over the next two days?
==================

Please read disclaimer at bottom of blog.
Posted by Whisperer at 2:13 PM