Thurs Post #2: Canadian home prices to tumble 25% according to one economist. Buyers and sellers in a standoff. 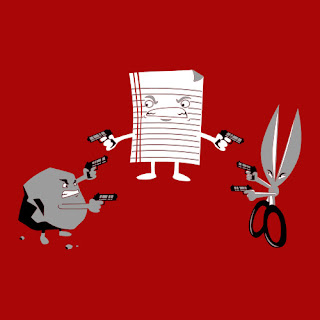 As buyers and sellers in Vancouver remain locked in a standoff, Canadian Press tells us about an economic report by Capital Economics which counters suggestions by some Canadian Banks that the housing market is headed for a soft landing.

If the Canadian real estate market continues to cool, house prices could see substantial declines next year and could fall by as much as 25 per cent over the long term, according to an economics report released Wednesday.
Though some economists have suggested that a tepid slowdown so far in the market suggests it is headed for a "soft landing," Capital Economics economist David Madani said he continues to believe that a more drastic drop is on its way.
"We think a housing correction over the longer-term is inevitable and still stand by our earlier view of house prices declining by 25 per cent," he said in the report.

The flurry of opposing opinions has been triggered by the fact both national home sales and the average home price were down year-over-year last month.
The national average home price in June was $369,339, down 0.8 per cent from the same month last year.
This triggered some pro-real estate groups to claim that you shouldn't pay attention to the average price (as we noted yesterday).  These groups suggested you follow their 'formula' which cast the 13.3% decline in the average Vancouver price as a 1.7% increase.
Home sales have dropped four per cent in the past two months and Madani said the trend is likely to continue given Ottawa's recent move to further tighten mortgage rules, by capping the maximum amortization term at 25 years.
Capital Economics economist David Madani went so far as to assert that considering that there is usually a lag between a drop in home sales activity and prices, significant declines in home prices could come in five to nine months.

The Capital Economics report acknowledges that house prices haven't started to fall en masse, but dismisses theories that Canada's housing market is enjoying a soft landing.
"There is always a stand-off period at the end of a housing bubble, when prospective buyers refuse to meet the prices of sellers, who refuse to drop to the asking price," said Madani.
The report warns that any stagnation in prices can be misinterpreted as a successful soft landing.

Certainly there is no doubt that the local real estate market has entered that stand-off.
And with record low interest rates already in place, no sign the federal government is going to reverse direction on mortgage rules to flush the market with more easy money, and an world economy that is showing no immediate signs of significant improvement... the next move is clearly in the hands of the sellers to reduce prices.
The only question is... how long will they wait.
==================

Please read disclaimer at bottom of blog.
Posted by Whisperer at 11:24 AM