Flaherty: People getting mortgages that would be unaffordable when rates go up! 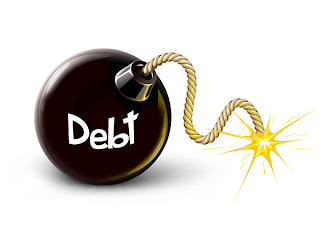 Interesting comment from Federal Finance Minister Jim Flaherty on Tuesday.
In an interview, Flaherty said that sources in the financial industry, as well as developers, had been telling him that:

“the situation was evolving where expectations by purchasers were excessive with respect to single family dwellings, and ultimately unaffordable when mortgage rates go up.”

This little revelation should drive a stake through the hearts of groups who are hoping that Flaherty will look at the declining sales in the Vancouver and Toronto markets and loosen up on the recent changes to mortgage regulations.
Flaherty even went so far as to say:

“I’d rather see some softening in the markets, particularly in Toronto and Vancouver, than have a rapid decline."

You may recall the post we made a week ago about Peter Simpson, president and CEO of the Greater Vancouver Home Builders’ Association.

“I hope he looks at markets where affordability is already an issue, like Vancouver."

Simpson was deeply troubled by the dreadful summer real estate market. And while builders are trying to rationalize that during the summer months home sales traditionally slow down - the reality is that this summer's sales have been horrendous.

There is valid concern that if the monthly sales volume continues to tank after the Labour Day weekend, the situation will become dire for home builders.
Enter Simpson's attempt to exert a little public pressure on Flaherty:

"The real threat to the economy is if a real-estate slowdown leads to a sharp reduction in housing starts. That’s because new-home construction stimulates the sale of appliances, carpets, and other products. For every housing start, there are 2.8 person years of employment that are create.That’s direct and indirect jobs. If it continues to fall, they’re going to have to take a good hard look at what their actions have caused — and be prepared to make some adjustments. ”

Unfortunately the statements made yesterday by Flaherty reinforce that the Conservative Government knows all too well that they cannot turn back from the recent mortgage rule changes that eliminated the 30-year mortgage and directed CHMC to stop offering insurance on mortgages for any house selling over $1 million.

Simpson will no doubt be quite dismayed that those changes are just the start... more changes are on the way.

The Office of the Superintendent of Financial Institutions (OSFI) are about to mandate far-reaching changes in how big banks make real estate loans.

The amount you can borrow from the value of your homes will be reduced from 80% to 65%.

If you want to borrow more,  the amount between 65% and 80% will have to amortized like a mortgage.
This will have a significant impact on groups like the Greater Vancouver Home Builders’ Association because the primary uses of HELOC money goes toward renovating houses and buying rental properties.

In addition to this, mortgages will be made harder to get. The OFSI will require borrowers to qualify to “the greater of the contractual mortgage rate or the five-year benchmark rate published by the Bank of Canada.” That's a huge change from qualifying for the Variable Mortgage Rate.

The OFSI will also eliminate cash-back mortgages, a kick-back cash-cow for new homeowners equal to the 5% downpayment required to get CMHC insurance.

And, finally, liar loans will be eliminated.

History tells us all booms created by excess credit will ultimately bust.

And now that stimulus is being choked off.

It doesn't take a crystal ball to foresee the cumulative effect this will create.

The howls of complaint from developers and realtors have only just begun. But Flaherty knows the alternative is worse.


“I’d rather see some softening in the markets, particularly in Toronto and Vancouver, than have a rapid decline."

Rapid or not, a decline is coming.

Email ThisBlogThis!Share to TwitterShare to FacebookShare to Pinterest
Labels: Office of the Superintendent of Financial Institutions