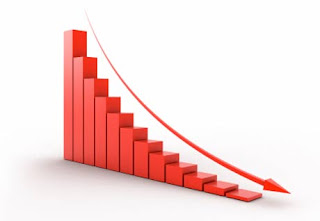 You can only imagine that media image focused types like Bob Rennie must be pulling what little hair they have out of the scalp with the on-going headlines that keep appearing.
Yesterday we told you how ScotiaBank had not only declared that Vancouver was in a housing correction, but that it was ongoing with a definite risk of a "difficult adjustment."
On the same day Scotia was declaring an on-going housing correction here, the Vancouver Province screamed:Vancouver home resales plummeting
Can the psychology of the current media stories be any worse? And it's the way they are saying it.

Vancouver's resale housing market plunged sharply in July compared with July 2011... The bigger drops in dollar volumes are owed in part to falling home prices: The average price of a home in Greater Vancouver in July was $667,462 - down 12.4 per cent from $761,673 in July 2011.

Kinda kicks the whole "but the HPI is rising" crap right in the teeth, doesn't it?

Greater Vancouver's declines were among the most dramatic and dragged down national statistics. But home prices also continued to decline across the rest of the country in July and the pace of the depreciation is picking up, according to the CREA.