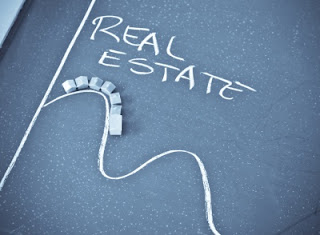 Everything you have read from the Real Estate Industry for the past 3 months has talked about the market shifting towards becoming "balance" or that what we are experiencing is a typical summer 'slowdown' as buyer's take a 'break' during the hot summer months.

Some have even dared to suggest the market is 'softening'.

But few have dared to characterize what's going on for what it is - the start of a correction.

Well that all changed yesterday as ScotiaBank came out with a report that calls a spade a spade - that Vancouver is not only caught up in s market correction... but has been in that correction for a while and it is "continuing."

On page 5/6 of their August 17th, 2012 weekly commentary on economic and financial market developments, ScotiaBank has the following...


Strained affordability, a continuing high level of new construction and rising unsold inventory suggest there are further downside risks to the Vancouver housing market, notwithstanding the notable cooling in both sales and pricing over the past year.


The turnaround in Vancouver’s housing market performance over the past year has been dramatic. Existing home sales over the first seven months of 2012 have fallen 20% from a year ago, to their lowest level in over a decade outside of the 2008-2009 recession. Given a smaller decline in new listings relative to sales, overall market conditions have shifted modestly into buyers’ territory, in turn putting downward pressure on home prices. The benchmark resale price for both single-family homes and apartments has essentially levelled out over the past 12 months.


Growing affordability pressures are likely the main contributor to the slowdown, with the falloff in demand most pronounced at the high-end of market and/or for expensive detached homes.


Vancouver is by far Canada’s most expensive housing market, and has seen larger price increases over the past decade relative to the majority of major centres, including Toronto. Tighter mortgage rules and the eventual rise in interest rates will worsen affordability constraints over the next several years.


However, there appear additional factors behind the decline in sales, including reduced population inflows. Net interprovincial migration to the province has been negative for the past five consecutive quarters, reversing an almost decade-long trend of steady population inflows from other parts of the country. Meanwhile, international immigration, the primary source of the province’s population growth, too has slowed sharply. While ‘hard’ data on investor and/or foreign purchases are limited, weakening sales may also be indicative of reduced interest from offshore buyers, including from China.


Despite softening resale market conditions, new homebuilding has yet to show any discernible sign of slowing. Housing starts have accelerated over the past year, led by new high-rise projects, and are currently tracking over 19,000 annualized units. This compares to an estimated underlying annual demographic requirement of around 16,000-17,000. Completions remain relatively low at just over 15,000 annualized units in the first half of 2012, but will climb higher over the coming year based on the level of units under construction.


The Vancouver new home market is not significantly oversupplied. Over the 2006-2011 period, annual housing starts and completions averaged about 16,500 units, consistent with annual household formation trends. The total number of completed and unoccupied units has moved above its long-term average, but remains well below prior peaks of the mid- to late-1990s (chart 5). The increase is primarily in multi-unit developments, while the unsold inventory of single- and semi-detached homes remains low.


The current level of unsold inventory appears manageable. Relative affordability will continue to support demand for condominiums over single-family homes. Vancouver’s rental market, which absorbs a large share of new condominium units, remains tight: the apartment vacancy rate was 2.6% in April 2012, down from 2.8% April 2011. The vacancy rate for rented condos was just 0.9% (as of October 2011). Just over 25% of condominium units in the Vancouver CMA are rented, among the highest share in Canada. However, the risk of a more difficult adjustment will increase if builders do not soon begin to slow the pace of new construction.

If you read the whole article it tries to paint a pretty balanced picture, but you can't escape the headline.

It's almost as if Scotia, in the pit of their stomach, knows the looming risk of a "more difficult adjustment" is far greater than they are willing to publicly acknowledge at this point.