Tidbits in the news... 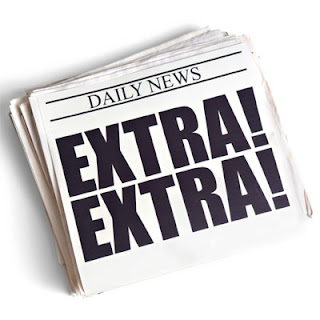 A couple of interesting tidbits for you today.
Interesting quote from TD analyst Jason Bilodeau who was quoted in the Globe and Mail as saying:

“We have not had a single investor meeting in the past three months that has not focused significantly, if not exclusively, on the outlook for Canada’s housing market. We believe that the evidence is building that the sector is now in the early onset of what will ultimately prove to be a material deceleration in housing activity in this country.”

Speaking of deceleration, the Globe and Mail also had a story telling us who a "Jump in claims pinches CMHC's insurance business":

“Canada Mortgage and Housing Corp. saw profits at its mortgage insurance business fall sharply in the second quarter largely due to a jump in losses from claims. The rise in claims losses suggests that an increasing number of borrowers whose mortgages were insured by CMHC have been unable to make their payments and have lost their homes. Mortgage insurance pays the bank back when a borrower defaults.

In its second-quarter results, released Wednesday, CMHC said that its losses on mortgage insurance claims rose to $168-million for the three months ended in June, up from $144-million in the same period of 2011 and $154-million in the first quarter of this year.

That’s part of the reason why profits from CMHC’s core mortgage insurance business fell to $255-million, down from $341-million. The earnings were also hurt by paper losses on a mutual fund investment that suffered when international stock markets fell.

Part of the reason for the growing claims losses of late has been the dramatic increase in the amount of insurance that the Crown corporation has in force.”

CMHC claims against insurance jump and TD says we may be in early stages of material deceleration... how could this possibly end badly?

Vancouver is the second least affordable housing market according to the 8th Annual Demographia International Housing Affordability Survey, with a multiple of (10.6) times average household income, which means that Vancouver is approximately 253% overvalued.

Vancouver house prices would need to correct in excess of 70%, to bring house prices close to the 3 times average household income level considered affordable by the survey.

Now where have you heard that before?


Please read disclaimer at bottom of blog.
Posted by Whisperer at 11:15 PM