"Housing Sales Plummet"- the media stories intensify as one expert says we're at a turning point. 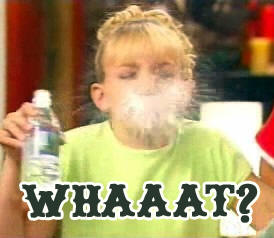 The nightmare scenario for the real estate industry is starting to take hold as another dreadful headline trumpets the obvious in the mainstream media.
This time it's the NOW chain of municipal newspapers (which serves Coquitlam, Port Moody, Port Coquitlam, Belcarra and Anmore). The latest real estate healine screams "Housing Sales Plummet" and the article starts off telling us:

If you've been eyeing the housing market in Metro Vancouver with astonishment over the last few years, that feeling could soon change.
Last month, property sales in Metro Vancouver fell to a 10-year low, and parts of the Tri-Cities were in the same basement.

Of course the spin-meister's are out in full force.
Sandra Wyant, president-elect of REBGV, tells us that:

"July is typically a slow month for real estate sales. Buyers and real estate agents alike often tend to be on holidays. In the case of Port Coquitlam, the community is attracting more first-time buyers because of the price. The sluggish sales haven't been reflected in a major adjustment in home prices just yet.

Ahh, yes... not just yet!
The real kicker in the article comes at the end as SFU professor of Finance, Andrey Pavlov, utters words that will have bears everywhere salivating:

But one financial expert believes Lower Mainland real estate has reached a turning point.
Andrey Pavlov, a professor of finance with Simon Fraser University, noted prices in Vancouver have rocketed past those in places like New York and San Francisco, and in the case of the Tri-Cities, are comparable to suburbs of those major cities.
He suggested the pace will not continue and predicts prices will likely drop in the Vancouver area.
Pavlov argued home prices rose dramatically in the Lower Mainland, not out of income or general economic growth, but rather debt accumulation.
With low interest rates and easy qualification terms, people have been taking on more and more debt.
"I think this engine of real estate price growth is now done," Pavlov told The NOW in an e-mail.
"So I don't see where the future support for real estate can come from."
And he's especially concerned for the condo market.
He explained that singlefamily properties would always hold their value to some extent because usable land in the Lower Mainland is limited.
But he contends condos have absolutely nothing that can support them. And in cases where the quality of a new development might be in question, he can see prices of condos in the suburbs dropping by half or more.

Prices dropping by half or more, eh?
Betcha our buddy Tsur Sommerville won't be inviting this guy over for lunch at the UBC Sauder School of Business anytime soon.
==================