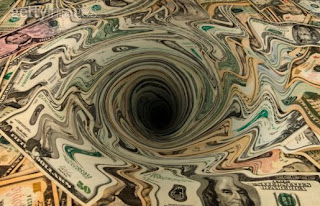 As we pointed out yesterday, Ozzie Jurock advised his followers that the recent 'adjustment' in average Vancouver prices is far worse than the spin would have you believe:

It is in this milieu that some sellers, those hoping to ride the bubble frenzy, are forced to come to grips with reality.

No blog is better for charting this that Vancouver Price Drop.

One can only imagine how huge the drop end up being if we were charting the plunge from asking price to what a property actually sells for.

Take, for example, the land in the outlying suburb of Maple Ridge. 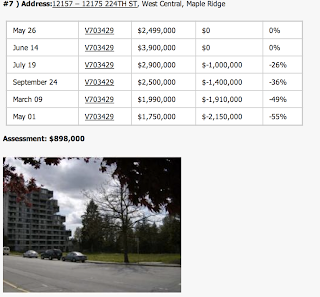 Ultimately the true measurement of the collapsing of the bubble will be measured by what people paid for a property at the height of the mania vs what they end up selling the same property for once the mania fully implodes.

In the meantime, the blog Vancouver Price Drop is like watching a train wreck.

You are simply mesmerized by what you see.