Friday Post #1: Concerns as Dollars starting to flood back to the United States? 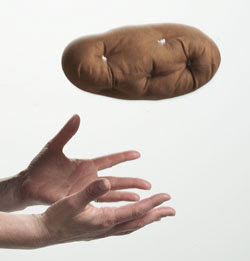 As everyone knows, the US Dollar is the world's reserve currency.  Trillions of US Dollars sit overseas.

The events of the last ten days are surely for the history books. And blogs everywhere are reviving the inflation/deflation debate.

The public often miscontrues what inflation is.

Everywhere we hear about the deflation threat and this threat is cited as the justification for all the liquidity that is being pumped into the system. The US Federal Reserve has expanded the US$ money supply through USTreasury debt monetization severely the past 2 years to the tune of at least $2 trillion.

That is bigtime inflation!!

The reaction has been to protect against the price inflation (higher costs) and bond deflation (lost value) by the widespread purchase of both Gold & Silver (safe haven).
Speaking of growing the money supply (inflation) there was an interesting story over on Bloomberg Wednesday that asks: Is the European debt crisis poised to flood U.S. banks with money?
It seems that the amount of cash held by U.S. banks surged 8.4% to a record $981 billion during the week ending July 27, the Federal Reserve said in an Aug. 5 report.
That’s more than triple the amount firms had in July 2008, before the collapse of Lehman Brothers almost froze bank-to-bank lending.
According to Brian Smedley, a strategist at Bank of America Merrill Lynch in New York, even more money may be deposited with U.S. lenders if investors pull away from European banks amid concern the Greek debt crisis may spread to Italy or beyond.
Banks, apparently, are worried.
With few opportunities to lend that money out profitably, those funds may not be so welcome. U.S. firms may have to slap fees on depositors to keep returns from eroding.
Bank of New York Mellon, the world’s largest custody bank, announced plans last week to charge institutional clients for unusually high balances above $50 million. In a letter to customers, the New York-based firm said it’s “taking steps to pass on costs incurred from sudden and significant increases in U.S. dollar deposits” linked to events including the Greek crisis and the uncertainty over the U.S. debt-ceiling debate.
“There’s an enormous amount of dollar liquidity because of what the Fed has done in recent years,” said Raymond Stone, who tracks U.S. money markets as a managing partner at Stone & McCarthy Research Associates in Princeton, New Jersey.
Most of the largest U.S. banks have increased their deposits. JPMorgan Chase & Co.’s deposits rose almost 13% to $1.05 trillion at the end of June, from $930 billion at the end of December. Bank of America’s deposits climbed 3% to $1.04 trillion from $1.01 trillion.
Since late 2008, the Fed has been paying interest on deposits placed with the central bank, known as interest on excess reserves, or IOER. That rate is currently set at 25 basis points, or 0.25 percent.
At that rate, banks may struggle to profit from even non-interest-paying deposits, because the companies must pay premiums to the Federal Deposit Insurance Corp. when they route the money to the Fed.

Joseph Abate, a money-market analyst at Barclays Capital wrote in an Aug. 5 report that a game of monetary 'hot potato' could result.

The higher deposit cost, the potential need for additional capital and the flight-prone nature of these balances clearly outweigh the 25-basis-point return the banks would earn depositing the money at the Fed.

Abate wrote that any reduction in the interest rate on excess reserves - a move Fed Chairman Ben S. Bernanke told Congress in July might be possible - may create a “serial round of deposit fees” since banks would try to “push cash from their balance sheets” like a game of “hot potato.”

“Domestic banks will work very hard to shed those surplus reserves,” said Lou Crandall, chief economist at Wrightson, a New Jersey-based unit of London-based ICAP Plc, the world’s largest inter-dealer broker. “They’re not eager to expand their balance sheets with low-yielding assets even when they earn a small positive spread.”
==================