With yesterday's market plunge, does anyone think Gold is at it's top? 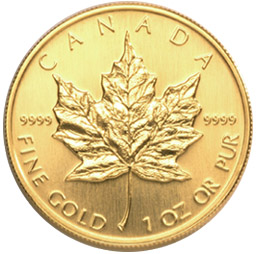 So yesterday was another wild day on the worldwide stock markets.

Rumours about European banks were the catalyst.  Two Italian banks, Unicredit, the largest bank in Italy and Intesa bank were both insolvent. Another bank (now known to be Swiss National Bank) went to the ECB for a handout to the tune of 500 million dollars as it could not get funding anywhere.

Whispers that a banking holiday in Europe was close at hand set the global marketss on a free for all slide.

And while it may be European Banks as the current concern, it comes on the heels of the US debt crisis.

Recall that it was almost two years ago (November 19th, 2010 to be exact) when this blog commented that, "the current move to gold around the world is a hedge against the mismanagement of the state - which at this time and place is the United States with it's world's reserve currency status... we are currently witnessing perhaps the most profound paradigm shift in gold from the patterns seen over the last 20 years. During that time European monetary authorities sold the precious metal and Asian central banks accumulated official reserves in the form of US Treasuries."
At the time that post was written, Gold was sitting at $1,150 per ounce.

Just after midnight this morning (when this post was written) Gold was at $1,857 per ounce.
Is Gold at a top?
I would suggest you take a look at what Central Banks around the world continue to do as your guide.
As reported by Dow Jones Newswires, the demand for Gold by Central Banks quadrupled in the 2nd Quarter of this year. For them Gold at $1650 was a screaming deal:
Gold is still cheap because you can bet it hasn't even begun it's ascent. Nor has Silver.

But make no mistake... it will continue to be a wild roller coaster ride involving wild swings.

Expectations are for a significant raid on the paper markets at about 8:00am PST today as this is the Friday before COMEX options expiry and those days the metals are usually targeted for a big hit.