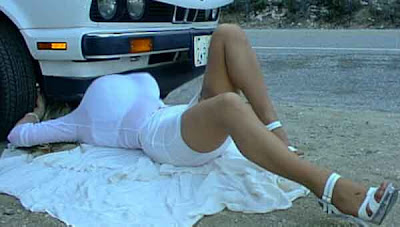 Over on Business Insider, we are offered another look at how the Australia Housing Bubble has begun it's decline in earnest.
The much-hyped “Flip that House” program The Block held a nationally televised auction to sell four houses. In the program couples purchase a house, renovate it, and then try to 'flip' it for a profit.
And as a 400 person live audience watched (and over 3 million  tuned in on TV), only 3 of the 4 properties available in the auction actually sold. As the Sydney Morning Hearld newspaper observed:
The remaining three properties sold in the week after the failed auction, but at a substantial loss compared to the initial purchase prices plus the sums expended on them by the 4 couples in their 2 months of televised renovations (not to mention the advertising budget).
Naturally there are those who don't see the fate of these flippers as a sign that the in the Australian housing market bubble is bursting.
In Australia's online Business Spectator, readers are told that the median forecast of the “21 leading market economists” polled was for 5% growth in nominal Australian house prices per annum for the next ten years.

The column's author notes this would suggest “that [housing prices] will likely be 55% higher in 10 years’ time”.
Good luck with that. As the Business Insider observes they expect a fall in house prices of about 40% over the same time period.
And the reason for the difference? The role of debt in driving house prices.
B.I argues that debt drove prices up over the last 15 years, and now debt will drive them down again.
We continue to watch the events in the Land of Oz as a harbinger of what is to come here.
==================

Please read disclaimer at bottom of blog.
Posted by Whisperer at 6:00 PM