When life hands you lemons... 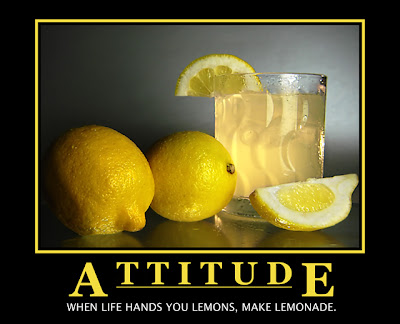 For those who do follow Silver, one of the most frustrating elements over the past year and a half has been the disappointing performance of shares in Silver mining companies.
While Silver rose from $15 to almost $50, mining shares have (for the most part) not performed quite as well.
Interestingly it is not just the spot price of Silver on the COMEX that is heavily shorted by the banking cartel to support the US dollar.  Mining shares also receive the same treatment.
And mining company CEO's are showing signs of signifcant frustration with the practice.
Last week the Globe and Mail reported that the management of Silvercorp Metals (TSX:SVM) recognizes the blatent short manipulation going on with their stock and they plan to take action by buying up their own stock and cancelling the shares.
Yesterday the well established Pan American Silver Corp. (TSX: PAA.TO) came out with a similar announcement.
The CEO's of these corporations are saying that they have had enough and are starting to fight back.  They are basically telling the manipulators that they are preparing to eat up their own shares until they squeeze the shorts like lemons in a juice press.
This represents a non-conspiratory side to the naked short selling argument for you.
Yesterday Ted Butler laid out for you that conditions are mounting for a significant 'Silver Accident'.
And now the mining companies are adding another element to that equation.
The writing is on the wall.
It is only a matter of time before the manipulated paper game hits the wall.
And when it does, Silver is going to move parabolically truly making it the manifestation of what Eric Sprott called the Opportunity of the Decade.
Lemonade anyone?
==================