Friday Post #2: A rational voice from the US Federal Reserve 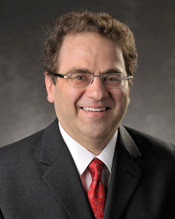 Earlier this week the US Federal Reserve Chairman Bernanke announced that the Fed would be keeping the historic low emergency level interest rate supressed for another 2 years!
Curiously the members of the Federal Open Market Committee (which is what Ben Bernanke is Chairman of) had 3 members who cast dissenting votes on taking this action.
To have this many dissenters is somewhat unheard of.
And today one of those dissenters, Minneapolis Fed's Narayana Kocherlakota, issued a statement as to why he thought the policy was a horrendous idea:
This comes as consumer confidence has plummeted to a level not seen since May of 1980!!!
What's worse is that consumer inflation expectations are unchanged as expectations of inflation are becoming cemented in the consumer mindset.
==================

Please read disclaimer at bottom of blog.
Posted by Whisperer at 7:07 AM