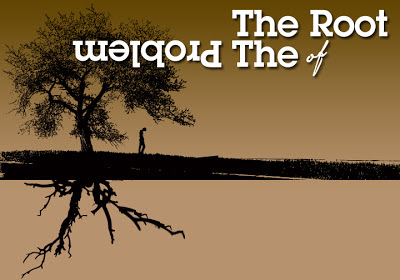 CIBC joins the list of banks warning Boomers who are counting on funding their retirement by downsizing and selling their bubble inflated house that their plans might be in jeopardy.

The evident slowing in Canadian home sales will take a bite out of domestic economic growth... But another dimension of the recent trend, a cooling in house prices, is less of an unambiguous negative as it’s often made out to be.

For one, a retreat today could be the preferred alternative to a harder landing from even higher prices down the road. Less understood is that cheaper home prices could bring winners as well as losers across the economy.

A home owner that counted on downsizing to fund her retirement might have to pare spending plans.

Oh? And why is that?

While a month ago we quoted widely cited estimates of the wealth effect on spending, it’s difficult to disentangle them from the data.

Most historic wealth declines coincided with other sources of economic weakness, including rising unemployment or high interest rates that depress consumption.

But wait a minute.  Is CIBC suggesting that a bigger storm is brewing beyond a simple 'flatlining' in housing.  Didn't Tsur Somerville just say yesterday that no one can see any economic shock on the horizon?

What about the shock of declining housing prices? CIBC sees a concern:

Didn’t house deflations sink the US and Ireland? Not on their own. It was the accompanying wave of defaults that devastated the financial system in both countries. Canada hasn’t lent as aggressively to its lower-income home buyers, and a correction in house prices caused by a tighter regulatory environment and earlier price overshooting, rather than by defaults, would not on its own generate that same banking system shock.

Hmm... "not on it's own." Does this support Somerville's view?

The central conflict is this belief that "Canada hasn't lent as aggressively to its lower-income home buyers."

I know I beg to differ.

Zero down mortgages (aided by the banks 7% cash back mortgage plans) which were facilitated by CMHC's excessively easy liquidity boom (which saw the amount CMHC lent out rise from $100 Billion in 2006 to $600 Billion today), and all of this supposedly went to Canadians who weren't "lower-income home buyers?"

This belief, that Canada hasn't lent as aggressively to its lower-income home buyers, is the crux of what the analysts like Somerville are counting on.

This is why they say "a correction in house prices caused by a tighter regulatory environment and earlier price overshooting, rather than by defaults, would not on its own generate that same banking system shock."

I suspect the pool of suspect borrowers is far higher than most are counting on. And that they are leveraged in such a way that the 'flatlining' housing market is going to have a much greater impact then ever imagined.

We shall see in the months ahead.