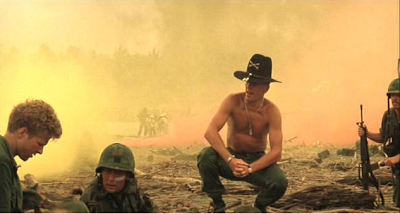 It was back in the middle of October that Tsur Somerville first admonished home buyers who were sitting on the sidelines waiting for housing prices to come down.

If fact it was just after this that Somerville came out and tried to halt all concerns and worries about a possible collapsing of prices by infamously declaring you can't burst a bubble that isn't there.

In that October post we profiled some Vancouver westside properties that have dropped their asking prices to between 10%-23%, with no buyers in sight.

The response of Somerville et al?  Prices are flat... there is no decline.

Two and half months later, with the market still suffering with the start of the Spring Market looming, Somerville is back with BCREA Chief Economist Cameron Muir to trumpet the same message: Vancouver real estate buyers waiting for a price collapse in 2013 could be in for a long wait.

While prospective sellers are waiting, the numbers indicate that prospective buyers are a bit shy as well. “The market right now is both slow and tentative. There are a lot of people out there being very tentative because they’re not really sure where things are going,” Somerville said. “I can’t say how many buyers are in the market — I want to differentiate between that and the prices they are willing to pay. Maybe there are people who are actually interested in buying, but they’re either waiting for prices to be at a certain point, or they’re making offers that aren’t being accepted. I can’t differentiate between those things.”

And this is the frustrating thing for the industry right now.  They know there is an incredible amount of pent up demand - demand that knows the market is overvalued and they are prepared to wait for it to come down.


Overbuilding of single-family homes in Metro Vancouver is difficult because land is so limited, Somerville said.

It was left to Muir to deliver the R/E message of import:

Cameron Muir, B.C. Real Estate Association chief economist, thinks if buyers are waiting, they could be waiting a long time.


“Three years ago we saw the largest financial crisis since the Great Depression and an ensuing global recession. If that’s wasn’t enough to trigger a correction in an asset bubble, I don’t know what is,” Muir said.


“The condo market in Vancouver has not been ‘hot’ since 2009, and perhaps even earlier than that. Prices on the condominium side have been relatively flat for three years, so that doesn’t signal any kind of asset bubble welling up,” Muir said. “There has also been little speculation in the marketplace over the past few years and home builders have been kept in check in terms of their total units in production.

You almost have to fall out of your chair with laughter here.

Wasn't it just last August that ScotiaBank declared the Vancouver market was in a full blown correction  and warned:

the risk of a more difficult adjustment will increase if builders do not soon begin to slow the pace of new construction.

Faithful readers will recall back in February 2012, Ozzie Jurock made reference to the exploding condo inventory on his Face Book page and described the spring/summer condo market as:

Ultimately Somerville and Muir are going for the soundbite... for the headline.  That's how you mould public opinion.

The problem is their target market - the buyer sitting on the sidelines - is not like Joe Q. Public who browses the media and pays half hearted attention to those headlines.

The buyer on the sidelines is keenly aware of the what is going on.

The buyer on the sidelines is keenly aware that prices have been coming down.

And the buyer on the sidelines is keenly aware Somerville and Muir are full of it.

Which is why they are not biting at those listings currently asking 25% below assessed value.

They are willing to wait.  And it's going to take more than Somerville and Muir berating them for waiting, to get them to buy.


Please read disclaimer at bottom of blog.
Posted by Whisperer at 1:46 AM