The push to prevent a listings tsunami 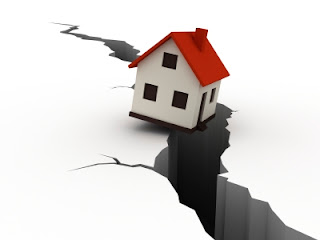 So the month of January has come and gone.

You will recall that back on January 2, 2013, we talked about the huge number of listings on the market as the New Year got underway. 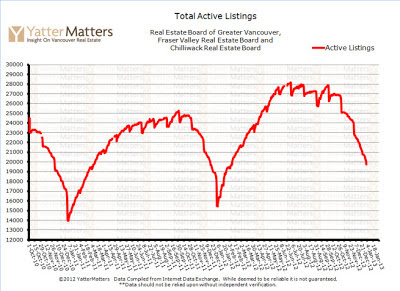 In January 2012, the market was flooded as total inventory soared 2,727 listings higher.

No matter how you slice it.... the market is swimming in available inventory.

In fact many believe the market has gotten off lightly.

I personally know of a seller in Richmond who pulled her home off the market in November - at the advice of her realtor - to re-list in the New Year.  His advice... hold off until late February, at least.

Privately realtors will tell you there are many more like her.  And it is what the industry fears.  A Tsunami of listings coming in the next two months to overwhelm the market.

Even with people holding off listing their homes for sale, total listings inventory surged this past month.     And the total surged for one reason - sales were abysmal. The number of homes sold in Greater Vancouver fell 14.3% last month.

As we near the that Spring listings surge from sellers who have been looking to wait out the market, the are attempts being made to convince some sellers to hold off from listing entirely this Spring, if they can afford to wait.

I believe this is the only way to explain the statement the Real Estate Board of Greater Vancouver (REBGV) put out yesterday, as noted in the Globe and Mail newspaper:

Eugene Klein, president of the Greater Vancouver board, said many home sellers are choosing to delist their homes rather than settle for a lower bid. “When a home seller isn’t receiving the kind of offers they want, there comes a point when they decide to either lower the price or remove the home from the market. Right now, it seems many home sellers are opting for the latter,” Mr. Klein said in a statement.

It makes great copy, but sorry Eugene... it doesn't wash with the inventory levels.

Even real estate agent Larry Yatkowsky points out the obvious. Besides coming up with the great image we used at the top of our post, Yatkowsky observes:

“Home buyer demand remains below historical averages in the Greater Vancouver housing market. January had a 14.3% decline YOY in sales. This was the second lowest number of sales since 2001 or put another way, sales were 18.7% below the 10 year average."

Declining sales, listings surging higher... so why is Klein trying to create media buzz that home sellers are simply refusing to list if they don't get the price they want?

To me it seems obvious.

The full court press is on to try and dissuade the rush to market everyone is waiting to see.  Unlike last year, many believed 2013 would see higher listings in February than we saw in January.

And while the inventory total surged in January, it was solely because sales were so abysmal.  The daily listings counts were not that high in January.

February has started off with two consecutive 300+ listings days (if yesterday's increase of 161 listings carried though all month, we would see an inventory increase of 2,898 this month).

If sales continue to suck wind, February will most certainly top January's overall increase in listings.


Please read disclaimer at bottom of blog.
Posted by Whisperer at 2:20 AM