Thurs Post #5: Globe and Mail expands it's examination to other incidents of media deceit 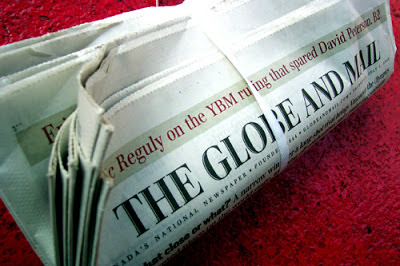 In an earlier post we brought you the coverage of this issue by the Globe and Mail newspaper as well as pointing out that this is not the first time there have been examples of media deceit in the Lower Mainland.

Nor is it the first time MAC Marketing Solutions had a tie in with that deceit.

Well the Globe and Mail has now expanded their examination of the issue to include those other infractions.

This is the latest in a number of questionable marketing tactics to be exposed within Metro Vancouver’s real estate community. During a media blitz announcing the Groupon-style sale of units at a Surrey condo development last year, one woman identified to a television news crew as an eager local investor was in fact a sales manager for Key Marketing, the company behind the scheme.

That same company has also taken groups of Chinese buyers on helicopter tours of Metro Vancouver properties, and at least one of those trips was believed to be misleading. Garth Turner, a business journalist and former politician, reported the Chinese buyers on a Feburary, 2011, trip – on which several media outlets were invited – were in fact local real-estate agents and brokers and the trip was meant to promote a new condo development.

Cam Good, president of The Key, which includes Key Marketing, was a partner at MAC Marketing Solutions from 2004 to 2009, according to his LinkedIn page.

The Real Estate Council of B.C will be investigating the matter.

You can read Garth Turner's post on this issue here.


Please read disclaimer at bottom of blog.
Posted by Whisperer at 8:56 PM