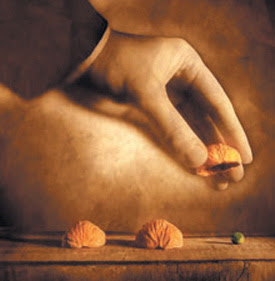 A few thoughts for you as Tuesday's stock market rebound is revealed on Wednesday as a dead cat bounce.

The Sovereign debt crisis is clearly still with us.

The financial debt crisis of 2008 is very much alive and it is clear for everyone to see that it had only been with a paper band-aid known as Quantitative Easing 1 and QE2.

That paper band-aid has now been ripped off as all the stock market gains from QE2 have now been wiped out.
Those economic green shoots touted in 2009?  Revealed to be weeds.
As this blog has said ad nausem, the breadth and depth of the financial earthquake the world suffered in 2008 was so great that the repercussion's are only just beginning to be understood.
And the recession it triggered has not ended... it has only just begun.
As we wrote two days ago the DOW Jones, from March 2009 to July 2011, surged more than 90% on the assumption that the economic crisis was a thing of the past.

But the reality is that the massive monetary stimulus pumped into the markets via QE1 and QE2 only resulted in the illusion of health while creating a depreciated currency, crushing debt, cost-push inflation and a moribund private sector.

And while the S&P downgrade may have been a catalyst, the fact of the matter is the 'recovery' has been a house of cards that simply needed a stiff wind to knock it down.

In the midsts of Monday's market collapse, I was mesmerized by two dueling themes on Financial TV.

On one hand you had close reporting on the money flow out of stocks and into US Treasuries.  That night comedian Jon Stewart even did a fantastic routine (in Canada you can watch it here) examining this. His routine is towards the end of the first segment.

Stewart noted that money was flowing out of the stock market and into US Treasuries, the very financial vehicle which has just been downgraded

To Stewart this is laughingly bizzare.  Yet all day analysts everywhere were seizing on this as evidence that support for the US dollar was still strong and that the crisis wasn't really a crisis after all.

Meanwhile, on the other hand, you had an intense spotlight on Gold.  Gold has shot up in value over $150/oz since last week.

The infamous Jim Cramer succinctly opined on Tuesday (during the dead cat bounce upward of the stock market) that it was crucial to watch Gold.  For Cramer it would be important to see Gold have a signficant downward correction before he could believe the crisis had passed.

So you had this fascinating contradition over the past three days.  Money flowed into US Treasuries AND Gold.

One of the news stories that flowed well under the mainstream media radar screen last month were the results of an audit of the US Federal Reserve.

Vermont Senator Bernie Saunders lead the audit and the results of the first ever Government Accountability Office (GAO) audit of the Federal Reserve in its 100 year history indicate that the bank dished out $16 trillion in emergency aid to U.S. and foreign banks, corporations and governments in what the Fed calls all-inclusive loans during the financial crisis.
$16 Trillion!

In all the Fed disclosed more than 21,000 transactions which it utilized after Lehman failed to push as much liquidity into the worldwide financial system as possible to stabilze things.
"There's very much a sense from the data that the Federal Reserve was not just providing liquidity to U.S. banks but was creating stability for the entire world's financial system," said Linus Wilson, assistant professor of finance at the University of Louisiana, who has studied the financial crisis.

Think about that amount for a moment.

The infamous US deft is a staggering $14.3 Trillion.  And the US Federal Reserve pumped $16 Trillion into the financial system?

I couldn't help but think about that as I watch events play out on Monday.
Recall that on Sunday night we noted that the G-7 had come out with a statement saying they would do everything they could to keep the markets from plunging Sunday night and Monday morning. From their statement:
I wonder how much money the US Federal Reserve funnelled to it's central bank partners which was then used through proxies to furiously buy up US Treasuries on Monday?

Watch this closely because something is not right here.

Email ThisBlogThis!Share to TwitterShare to FacebookShare to Pinterest
Labels: US Federal Reserve