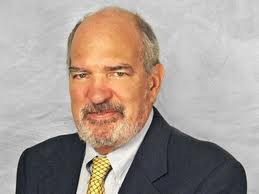 Hi Gang.
Been away from the blogging computer for a couple of days but am back at it today with a lengthy post about Silver.
We left things off on Friday noting how the much anticipated meeting of the Federal Open Market Committee (FMOC) put off a lengthy discussion of the easing options available to the US Federal Reserve until the next FMOC meeting late next month.
Today the highly influential Goldman Sachs is making policy recommendations for the Fed and noted that: "There are three main ways in which the Fed could be more radical: (1) an extension of the QE program into markets other than Treasuries and agency MBS, e.g., private sector securities, (2) a much bigger QE program, up to the extreme version of a promise to buy as many securities as needed to hit a specific yield target (i.e. a "rate cap" further out on the yield curve as then-Governor Bernanke suggested back in 2002), and (3) an explicit or implicit change in the Fed's policy targets."
Combine that with the Chicago Federal Reserve Bank president Charles Evans stating on CNBC that he would be in favor of more easing, and saying he believes in "room for accommodation" and that we "still need to do more on monetary policy" and speculation on QE 3 is now running rampant.
This news sent Gold spiking up $40 within an hour, back to the mid $1,800's.
(Note: Friday is the non-farm payrolls report and heavy shorting of both Silver and Gold is expected Wednesday/Thursday)
For those fans of Silver, the past few months have been somewhat frustrating.  While back above the $40/ounce mark ($41.51 when this was written), Silver seems to have languished since the May beatdown in comparison to Gold.
But there are many who believe Silver is now setting up for a huge breakout as the stage is set for what trader's call 'a Silver Accident'.
An 'accident' occurs when some sort of event (like a financial meltdown or a currency crash) suddenly drive the price of an item exponentially higher.
When these events happen in commodities, world governments often move to flood the market with reserves of that commodity to extinguish a price explosion.
Theodore Butler is recognized as one of the foremost silver analysts and he took a close look at the developing conditions around Silver this week.
He believes all the pieces are now in place for a significant Silver Accident.
More importantly, because world governments have already sold their Silver reserves into the market (and ended holding Silver as a reserve asset) they do not own enough silver to quell a price explosion.
Here are his thoughts for your consideration...
==================================
THE COMING SILVER ACCIDENT
The Biggest Factor in the Future Price of Silver

It is, basically, this bloated short position that’s at the heart of the coming silver accident. It is this same excessive short position that guarantees a financial windfall for your family. A naked short sale is the sale of something you don’t own. While common in financial markets, more than 99% of the world’s population will never sell short anything in their lifetimes. That’s because it’s an unusual and unnatural financial transaction.

Unbridled short selling can artificially depress the price. That is why we have restrictions on short selling that date back to the great stock market crash of 1929. In commodities, there must be a short for every long on every futures contract. Regulations are supposed to preclude excessive long and short speculation via speculative position limits, but these regulations have been abandoned in COMEX silver, despite the efforts of many of us to correct that.

Precisely because all short sales must be closed out guarantees a silver accident. When I say that silver has the largest short position in history, I am also saying that silver has the largest number of incomplete transactions in history. Forget, for the moment, the manipulative and depressing effect this monumental short position has had on the price.

All short sales must be closed out in someway. With silver, could it be by delivering silver? Against the billions of ounces of silver sold short, how much do we have to deliver to close out these incomplete transactions? In the COMEX

The only remaining legitimate way a silver short position can be closed out is if it were bought back by the short sellers. From whom are these short sellers going to buy hundreds of millions and billions of silver ounces from? Or more correctly, at what price? Since actual delivery is out of the question, the only way the short sellers can buy back their bloated silver short position is to get every owner of real silver and every owner of paper silver to sell out. The price that would be necessary to accomplish that feat would qualify in any reasonable definition as an accident.

While there is no way to determine when the silver shorts will spook and rush to cover, time is not on the shorts’ side. They must try, at some point, to buy back and cover the silver they can’t possibly deliver. It is not important to know in advance what the actual trigger for the silver accident will be. All you need know is that with the critical and long-term physical deficit in silver, the short selling charade must end. Since we can’t determine when, don’t focus on the timing, focus on the inevitability of a delivery crunch.

From 2000 to 2004, the silver price averaged between four and five dollars. Since then, the silver price has been six, seven or eight dollars. Does this increase mean that the price has finally responded to the law of supply and demand, and therefore eliminated the chance of a silver accident?

Normally, a price increase of 50% or 100% in a commodity should be sufficient to balance any consumption deficit. That’s a big move in any commodity. But not for silver. That’s because the consumption deficit in silver is unlike any other commodity deficit. Silver has been in a structural deficit stretching back for more than a half-century. You don’t undo the damage of 60 years with a 50% or 100% gain.

There is zero evidence that production or consumption has been impacted by the price, or that the silver deficit has been cured. There has been no worldwide rush to find new silver mines in response to higher prices. Silver may have increased in price, but there has been zero effect on near-term production increases or substitutions in demand. No one has switched to gold or platinum jewelry because silver is up in price. The law of supply and demand hasn’t been affected one bit as a result of the recent price increases. The first prerequisite for the coming silver accident is very much intact. However, it takes more than a bullish supply and demand equation to cause a violent price event. Bullish fundamentals point to higher prices but not necessarily a price accident. In the silver short position, we have the needed reason, in spades, for an accident.

This fact distinguishes between a gold and a silver accident. In gold, in a financial meltdown or currency crash (popular reasons given for a gold price accident), world governments own enough gold to extinguish a price explosion. In silver, they don’t own enough silver to put out a fire.

It’s rare to be presented with an unavoidable financial accident that you can personally benefit from. If you find my argument has merit, then position yourself in silver before the coming accident. If you wait until the accident happens, it will be too late.
==================

Please read disclaimer at bottom of blog.
Posted by Whisperer at 8:18 AM