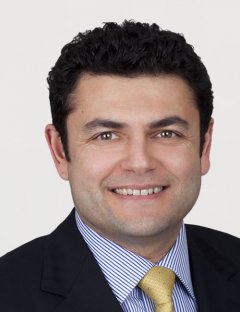 We last heard from Capital Economics (CE) back in June 2011.
They are an economic think tank founded in 1999 to provide "independent macro economic research in the US, Canada, Europe, Asia, Latin America, the Middle East and the UK, on the property sector", had concluded that Canada's housing market was in a bubble that's set to burst.
They say housing prices could plunge by as much as 25%.
Two months later the group continues to pump the same message.  The Globe and Mail put out an interesting chart on Monday by the group which shows 'house price to income per capita'. As you can see we are nearing the same levels the Americans had just before their crash took hold (click to enlarge): 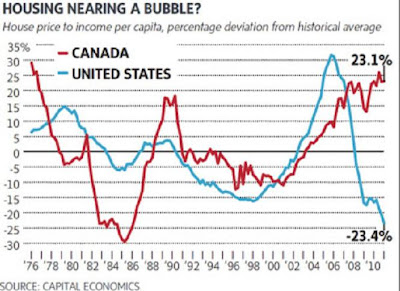 CE notes that our current boom has produced the largest increase ever seen in Canadian housing prices and has wrenched real estate out of its usual alignment to people’s income and concludes that all signs increasingly point to a housing bubble.
“The stories we hear about people buying homes to rent out as investment properties, and others buying homes fearing that if they wait they will be priced out of the market, only convince us even more,” CE's David Madani (pictured above) writes in a research note.
Madani restates the same concerns as those articulated in June.  Mass psychology – “animal spirits” – have driven housing prices to unsustainable levels and that it can only lead to a collapse of at least 25% over the next few years.
In the short term, Mr. Madani sees any further gains as modest. “Housing affordability is already stretched, with costs accounting for a very large share of household income, over 40 per cent according to some estimates.”
Olympic Village - Millennium Water
Speaking of bubbles and a declining market, have you seen the latest bit of promotional desperation over at the former Olympic Village (now Millennium Water)?
Our friends over at Vancouver Condo Info are reporting today on the latest from the sales team team at Rennie Marketing,
The website hails: "We’re kicking off a brand new promotion tomorrow—an amazing move-in package of essentials for every buyer—it’s everything you’ll need for life at The Village!"
And almost as if you are watching a Ron Popeil commerical, the list of goodies carries on missing only Popeil's trademark "but that's not all... you will also receive..."
The package includes: 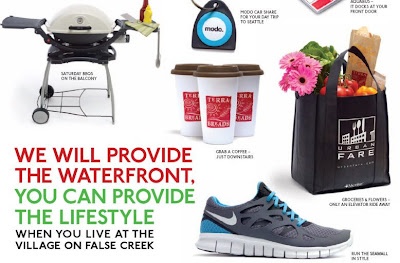 I wonder if Rennie could get Weird Al to redo his Popeil song for him?  "Now how much would you pay?"﻿

Please read disclaimer at bottom of blog.
Posted by Whisperer at 5:00 PM