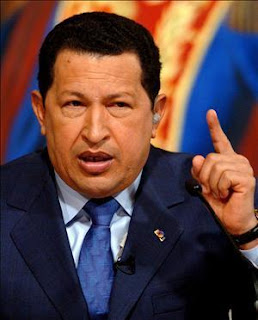 According to Bloomberg, the central bank of Venezuela has sent a statement by e-mail requesting its 99 tons of gold holdings from the Bank of England, citing the institution’s president Nelson Merentes.
"We’ve contacted the Bank of England and the corresponding protocols have been initiated to complete this operation as soon as possible,” Merentes said, according to the statement. “Once that’s done, the shipments will begin by sea.”
Chavez ordered the central bank Aug. 17 to repatriate $11 billion of gold reserves held in developed nations’ institutions. Chavez fears 'hostile countries' may seize the national patrimony.

Please read disclaimer at bottom of blog.
Posted by Whisperer at 6:38 AM