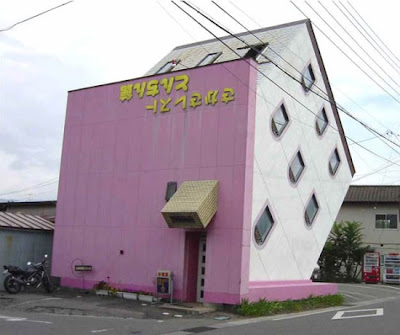 It's been a busy week without time to post but a quick few notes on what is a significant week.
I had hoped to follow up with some commentary on yesterday's post on real estate but I will save that for later in the week.
Numbers are now out for R/E sales in July and it is clear the market is starting to turn. An article in the Globe and Mail highlights how the latest home-sales figures point to a slowdown.
“The resale market has just gotten stupid in a lot of places,” said Ross McCredie, chief executive officer of Sotheby’s International Realty Canada.
“We’re seeing an increased amount of attention to what’s happening in the economy,” said Don Lawby, the Vancouver-based chief executive officer of Century 21. “It’s having an effect – if a house is priced right and the person is confident about their job, you can do a deal. But the price has to be right.”
And by 'priced right' they mean priced 'lower'.
“You’re starting to see more desperation from the sellers because they want to get out at the top,” said Mayur Arora of Oneflatfee.ca in Surrey, B.C. “It’s not all doom and gloom, because some neighbourhoods in Vancouver are still seeing bidding wars. But you are seeing signs that things are definitely changing.”
We will come back to this theme in the weeks ahead.
The big news of the day was the stock market.
The DOW plunged 512 points, the biggest one day drop since the 2008 financial crisis.  This comes after a 200+ point drop the day before.
The market is finally reacting to the government debt woes that have triggered massive financial bailouts of European countries and major spending cuts in the United States.  Meanwhile indicators show the economy has slowed to a crawl as a slew of global companies have announced broad job cuts.
Ignore all that “soft patch” BS that you hear and read about.  The economic numbers that you’ve seen signalling growth since then were all manipulated to ease fear. The reality is that the US continued to bleed jobs and the number of people going underwater on their mortgages increased. Home values showed a small bounce after the big drop but the downtrend quickly resumed and shows no signs of letting up.
It’s too early to tell whether or not the stock markets will continue to fall as it did in 2008.  But I suspect one thing will become crystal clear – the public has been completely mislead about the true state of the economy.
As this blog has been fond of saying, few understand the full extend and effect of the financial earthquake that struck us in 2008.
We we have been told the economy is recovering, the reality is that we are still in that crisis.
Former comptroller general of the Government Accountability Office (GAO) David Walker warns that this upcoming phase is going to hurt:
Walker correctly notes that the fact of the matter is that the US problem is overwhelmingly a spending problem.
Walker knows the looming problems are unavoidable and a mathematical certainty. And it's the next part which emphasises why this blog believes so strongly that precious metals like Silver and Gold are destined to rise much higher.
It’s not a matter of if, but when.
The current course America is on is mathematically unsustainable. A few hundred billion in spending cuts is simply not going to be enough.
Combine this with the weak economic data and it's clear that the devastation in the stock market has only just begun.
The countdown to QE 3 has begun.