Is a rush for Physical Gold about to start? 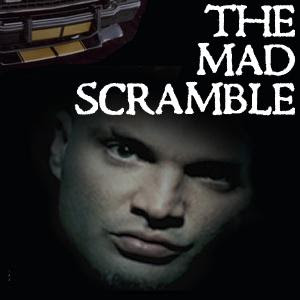 Venezuela plans to transfer billions of dollars in cash reserves from abroad to banks in Russia, China, and Brazil and tons of gold from European banks to its central bank vaults, according to documents reviewed Tuesday by The Wall Street Journal.
This includes transferring $6.3 billion in cash reserves, most of which Venezuela now keeps in banks such as the Bank for International Settlements in Basel, Switzerland, and Barclays Bank in London to unnamed Russian, Chinese, and Brazilian banks.
More importantly Venezuela also plans to move 211 tons of gold it keeps abroad and values at $11 billion to the vaults of the Venezuelan Central Bank in Caracas, where the government keeps its remaining 154 tons of bullion.
The Bank of England recently received a request from the Venezuelan government about transferring the 99 tons of gold Venezuela holds in the bank back to Venezuela, said a person familiar with the matter. A spokesman from the Bank of England declined to comment whether Venezuela had any gold on deposit at the bank.
Analysts said the planned move made little economic or financial sense, since Venezuela would be taking its money out of secure banks in safe countries and putting it in countries that are not as safe and perhaps in currencies such as the Chinese yuan or the Russian ruble, which are not reserve currencies. "It's a big risk," said Jose Guerra, a former official at Venezuela's central bank. Mr. Guerra said he also had heard about the documents, whose authenticity was confirmed to him by Central Bank officials.
Mr. Guerra said one possible reason for the planned moves could be that Venezuela is afraid it could be compelled to pay billions of dollars in compensations to foreign companies that have gone to court to recover damages for companies Venezuelan President Hugo Chávez has nationalized. Another reason could be that China may have asked for collateral for billions of dollars it has loaned Venezuela, Mr. Guerra said.
The key element here is that Venezuela wants the physical gold.
As we have discussed before, Gold and Silver are traded on a fractional reserve system. Far more Gold/Silver is traded than actually exists, more than 100 times over tha actual amounts of physical on hand.
Zero Hedge notes in an article today that Venezuela has gold with 3 of the 5 Bullion banks: JP Morgan, Barclays and Bank of Nova Scotia. When it comes to JPM, they only have 338,303 ounces of registered gold in storage that could be used to satisfy a delivery (roughly 10.6 tons). A modest transfer of this size would cause some serious problems as the bank scrambles to find the replacement gold, which it has already pledged about 100 times over across the various paper markets.
Zero Hedge suggests we might be on the verge of a serious scramble for pysical gold for delivery as a result and all eyes are keenly watching the market to see the result of this.
The reprecussions from this could be huge.
The common belief in the world is that the Gold market is a tiny market (in relation to other commodities).
It isn't.
Actually it is the world's biggest physically traded commodity market.
The London Bullion Market Association (LBMA) "over-the-counter" (OTC) gold market trades approximately 90 percent of the world's physical gold trade. The amount of gold sold each day is given at the LBMA's Internet site.
The value of daily trading, for example in November 2009, is given as $22 billion.
That's not trade amounts are for the entire month, those are are actually average daily figures for the month.
Compare this to oil.

The world consumes 82 million barrels of crude oil each day. At $85 per barrel the physical trade of crude oil is worth $6.97 billion each day. This means that the amount of gold that changes ownership each day is, in dollar terms, over 3 times the dollar value of crude oil that is consumed each day.
In a GATA dispatch in October 2009 the market analyst Paul Mylchreest estimated that the gross volume of gold traded on the LBMA each day was about 2,100 metric tonnes.
That equates to $120 billion each day at 1,750 per ounce. The NYMEX WTI crude oil contract trades 400,000 contracts each day, which is 400 million barrels. At $85 per barrel, the gross value traded is $34 billion, which is only 20 percent of the value of the gross trade in gold.
There is a myth among even knowledgeable gold investors and analysts that the gold market is tiny, but in reality it is the biggest physically traded commodity market in the world. The perception of gold being a tiny market comes from the tiny annual production of gold. Global gold production is only 2,200 metric tonnes per year, which is equivalent to the gross trade in gold on the LBMA in just one day.
It is impossible for the LBMA to have enough gold in its vaults to trade such large daily volumes. The inescapable inference is that the LBMA is operating a fractional reserve system and has sold much more gold than it has or could ever have. The amount of gold that has been sold is estimated to be around 65,000 metric tonnes, while the maximum amount of London Good Delivery bars that exist in the world is around 15,000 metric tonnes. So even if the LBMA possesses the world's entire stock of LGD bars there are 50,000 metric tonnes of obligations that cannot be met if the owners ask for delivery.
The system functions perfectly just so long as no one wants to withdraw the actual physical gold they have stored in their 'accounts'.
And such a situation has never been considered a possibility specifically because anyone who did so would be taking its money out of secure banks in safe countries and putting it in countries that are not as safe and perhaps in currencies such as the Chinese yuan or the Russian ruble, which are not reserve currencies.
But now Venezuela wants to remove their Gold.

And theirs is a signficant amount to be removed, which is why the Venezuela request is so important...

We could see a serious jump in the physical gold price as the demand for deliverable physical gold by the bullion banks seriously ramps up. And if there is difficulty procurring that Gold - look out!

Please read disclaimer at bottom of blog.
Posted by Whisperer at 7:11 PM