Is a much worse Financial Crisis looming on the horizon? 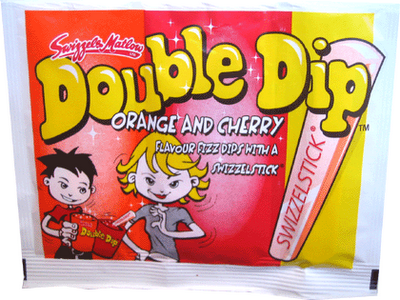 Everywhere there are signs the economy is headed for a double-dip recession and Macleans has a great article on the looming worldwide economic condition.
And it's ramifications could be horrific for Canada.
People finally seem to have woken up to the fact that the breadth and depth of the 2008 Financial Crisis is much deeper than was first understood and that the crisis hasn't been resolved.
In short, the world has too much debt. And you can't solve a debt problem by adding more debt, which is all we have done.
It seems that the goal of central banks and Government over the past 2½ years has been a return to economic growth driven by ever-increasing home-ownership rates, a booming finance and investment sector and everyone using their home like an ATM machine.
Now that the bills are now coming due, the world finds itself mired in a long and painful process to unwind all that debt.
Gary Shilling, author of The Age of Deleveraging: Investment Strategies for a Decade of Slow Growth and Deflation, observes that, “with the rally in stocks and commodities, most people thought we were going back to the good old days we knew and loved, and that 2008 was just a bad dream. But that was just a bear market rally, and now we’re going back to reality. There is just no such thing as an easy fix in an age of deleveraging.”
The U.S. economy is in a far more precarious position than it was before the credit crunch of 2008. Unemployment remains alarmingly high, at 9.1 per cent. The average time it takes for Americans to find new jobs has spiked to 40.4 weeks, the longest duration since records were first kept in the 1940s. It turns out the recession was also deeper than first thought. At the end of July, the U.S. Commerce Department revised down growth data, showing the U.S. not only shrank more than earlier believed, but economic output has yet to reach pre-recession levels.
All eyes are on Europe right now.
London is burning. Greece is in receivership, nobody wants Italian bonds and France’s AAA rating is at risk, before long the spotlight will swing back to America’s failed states, beginning, as always, with California.
All signs are pointing to California facing a new budget gap.  Many other state and local governments in America are also showing serious signs of stress. Just days before S&P downgraded Uncle Sam’s debt in Washington, the Rhode Island city of Central Falls defaulted on its debt after municipal budget-cutting negotiations failed. Last Wednesday, Jefferson County in Alabama was expected to file for bankruptcy, which would make it the largest municipal bankruptcy in U.S. history.
Suddenly Meredith Whitney’s prediction of “hundreds of billions of dollars of muni defaults” for the upcoming year seems all the more plausible, with California leading the way.
And China, the booming economy that is supposed to be everyone's economic saviour, is a source of concern, too.
When the 2008 crisis hit and American consumers stopped buying Chinese exports, Beijing instituted a huge US$620-billion spending program. The measures unleashed an orgy of construction projects across the country, but also sparked what has been described as history’s largest housing bubble, while driving up prices for consumers.
“They’ve already had to introduce a big stimulus package a couple of years ago, so it’s going to make it harder to go back to the same playbook again,” Brian Jackson, economist at Royal Bank of Canada in Hong Kong, told the Wall Street Journal.
Shilling believes China’s economy could be headed for a hard landing. It that happens he believes the bubble in commodity prices will burst. Already such signs are showing. Over the past three months, prices for oil, copper and cotton have slumped, and while commodity bulls insist the drop is temporary, Shilling believes it signals something worse. “It’s like those old cartoons where Wile E. Coyote runs off the cliff and for a moment he’s standing on air,” he says. “Then he realizes there’s no ground beneath him and - wham.”
If that happens, some fear Canada’s resource-dependent economy and stock market will get hit hard.
“The recovery thus far in Canada was, to a large extent, relatively better than other countries, and that’s because of commodity prices and a hot housing market,” says David Madani, an economist with Capital Economics. This time around, though, there are concerns that China’s cooling economy and a drop in raw material prices would have a big impact on Canada. Already there is talk in Alberta about the possibility of big oil sands investments being shelved if oil prices stay below US$85 a barrel.
Our unstoppable housing market almost single-handedly pulled Canada through the 2009 recession.
But Madani fears a commodities pull-back combined with a European/American/Chinese double-dip recession could set the state for a catastrophic Canadian situation.
During a June speech in Vancouver, Bank of Canada governor Mark Carney suggested the rush among Canadians to take advantage of rock-bottom interest rates to buy homes has not only ruined the balance sheets of many households, but has actually impeded growth by diverting resources from other parts of the economy.
Our soaring debt-to-income ratios have left the number of Canadian households vulnerable to an economic shock at a nine-year high.
“If we see housing go into a slump, an external shock like falling commodity prices could be what ultimately tips things over the edge,” says Madani.
And if that happens, Canada will not weather the next stage of the downturn the way we did in 2008.
==================