Did the Greater Vancouver Home Builders’ Association just have the rug pulled out from under their media offensive? 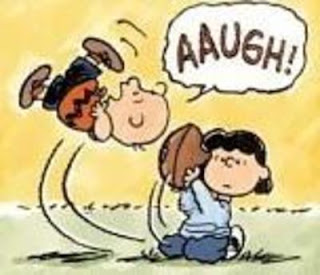 On Wednesday we told you how Peter Simpson, president and CEO of the Greater Vancouver Home Builders’ Association, had launched a bit of a media campaign to try and apply some public pressure on Federal Finance Minister Jim Flaherty.
Simpson was hoping to play the 'economic' card and frame the recent mortgage issue as an economic threat for the government:

"The real threat to the economy is if a real-estate slowdown leads to a sharp reduction in housing starts. That’s because new-home construction stimulates the sale of appliances, carpets, and other products. For every housing start, there are 2.8 person years of employment that are create.That’s direct and indirect jobs. If it continues to fall, they’re going to have to take a good hard look at what their actions have caused — and be prepared to make some adjustments. I don’t know what those adjustments are.”

Even the headline tried to create the impression Flaherty's resolve on the issue was not that strong:

Somehow it only seems fitting that, only a day later, Bank of Canada Governor Mark Carney comes out with a strong statement on the topic of real estate and advises Canadians to "invest in 'productive capital,' not houses or condos."
How's that for a kick in the gonad's, Peter? Apparently your entire industry has been written off as the centre of massive Canadian mal-investment.

You could see the footprints of the spin machine in high gear in the Globe and Mail article:


Canada Mortgage and Housing Corp. reported that construction starts slipped in July to an annual pace of 208,500 from June's 222,100. That was largely due to a decline in multiple units, such as condominiums and apartments, in British Columbia.

"With stricter mortgage rules likely to cool demand in the remainder of the year, construction activity should moderate further to a more sustainable pace."

Seems Simpson's challenge to government that "if housing starts continue to fall in a declining real estate market, then government is going to have to take a good hard look at what their actions have caused", has been met and rebuffed.

The message: construction activity should reduce to a more 'sustainable' pace.

If Simpson thought he had Flaherty's ear on this topic, then Carney just played the role of Lucy to Simpson's Charlie Brown.

And just like in the Peanuts classic, you just knew what the outcome was going to be... and it still made you smile.


Please read disclaimer at bottom of blog.
Posted by Whisperer at 1:15 PM