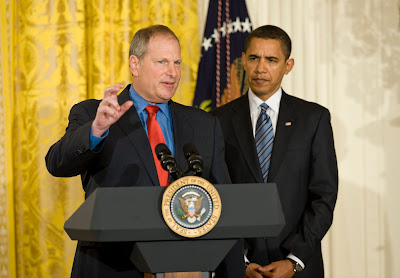 Yesterday while surfing the TV channels I came across an interview on CNBC with David Cote, Honeywell CEO and a member of America's National Commission on Fiscal Responsibility and Reform.

His comments caught my ear and I rewound the PVR to write down what he said.

If you have any doubt about my post yesterday about Quantitative Easing and even more money printing in our immediate future, consider Cote's comments.

Cote went on to say that the reforms the commission are proposing will allow America to achieve a BALANCED budget in a few years.

It does NOTHING to address paying down the debt, it just stops adding to it.

And that's if the commission is successful in getting it's reforms implemented. I can guarantee you that this commission, just like all before it, will fail to get Congress to achieve a balanced budget.

The contagion you are seeing in Europe is only a preview to what is coming to North America.

Cote said it best. "This is going to be a crisis on a scale we have never seen before."

Massive QE and ultimately massive interest rate hikes as the bond market forces discipline on goverment (just as is happening now in Europe).

Anyone who sits down and does the math can see it coming. Can you?