To infinity and beyond... Vancouver Style 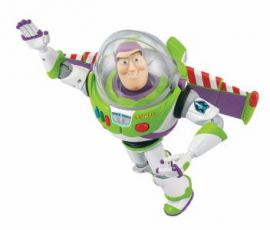 So yesterday Re/Max came out with another one of those upbeat assessments that real estate would go up in every market across the country.

In Vancouver the Re/Max spokesperson gushed about the presence of Hot Asian Money and how, like it or not, it will send the Vancouver westside market higher by 10%. This based on "someone" from CMHC telling him that upwards of 40,000 Asians 'may' immigrate to Vancouver next year. Guess we better buy now or be priced out forever...

As I have written before, China - on a per capita basis - has pumped more stimulus money into their economy than have the Americans. A vast amount of that money is working it's way into the Asian stock markets and into foreign property purchases.

I personally believe the China Economic Miracle is, in reality, a paper tiger waiting to be shredded.

With that in mind, I took particular interest in a MarketWatch article by Paul Farrell. Farrell is predicting another major stock market crash and notes that the preceding condition that triggers that crash is collapse in China.

Citing an interview that Fortune’s Bill Powell did with hedge-fund kingpin Jim Chanos of Kynikos Associates, Farrell notes that Chanos is “betting that China’s economy is about to implode in a spectacular real estate bust.”

As everyone gushes about how the stagnating North American economy and wages are irrelevant to our increasingly unsupportable real estate market because of the Asian factor, one thing is for certain.

If China suffers a 1990s style economic collapse, not only will our real estate implosion be spectacular... it will be on a scale that surpasses even my predictions.

Please read disclaimer at bottom of blog.
Posted by Whisperer at 9:40 AM