What's the issue all about, Charlie Brown? 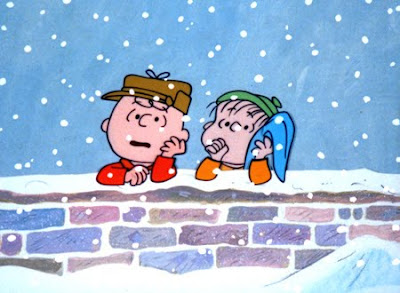 Oh my... mainstream media, the real estate industry AND the blogopshere are all a twitter about the comments this week from the Bank of Canada Governor, the Finance Minister and the Prime Minister.

And they should be.

But what to make of it all?

You have those who argue the powers to be should be taking away the stimulus punch bowl.

Along that line, even the Banks are saying they can't be expected to resolve the problem and that government needs to change the rules, ie. reducing the allowable amortization period.

According to CMHC’s own mortgage payment calculator, Canadians were able to spend 15% more for a house (using the same downpayment) by merely by moving to a 35-year amortization mortgage from the traditional 25-year version. When the government did this, Canadians did't take the chance the make their mortgages more manageable... they simply plowed forward buying the most house they could thus driving up debt and prices.

Banks can't stop them. So Banks are saying, change the rules.

The next salvo will come from the real estate industry. In fact, it already has. The pressure is already being applied urging officials not to get hysterical about the imminence of a debt crisis. The argument being that we're indebted, but because of the bubbly value of our real estate - we're also wealthy.

We can see this R/E driven media manipulation on a number of fronts.

Financial Insights breaks down the nonsense argument that we are sidestepping the US collapse.

And VREAA has transcribed a CBC interview that essentially argues that all of our debt is 'good debt'.

The battle has begun.

The end of the CBC interview contains what is the central issue to the whole debate. Says CBC's Ian Hannomansing:

It's all about interest rates, Charlie Brown.

If they stay low - no problem.

If they go up to the historical norm of the last 20 years - huge problem.

And if, as many fear, they return to double digits as the bond market overwhelms both a debt ridden Europe and America... well then we are ground zero for a massive collapse.

It's all about interest rates. And there's a good reason Carney said,

The debt to asset ratio is a red herring. So is the debate about amortization periods.

The issue is what's coming and the amount of debt everyone is carrying.

All government can do at this point is to try and prevent people from piling on more debt. But that won't diffuse the current debt dilemma.

Strip it all away and all that matters is you and your own personal situation.

Carney has told you what's coming. Are you ready?

Please read disclaimer at bottom of blog.
Posted by Whisperer at 4:31 PM