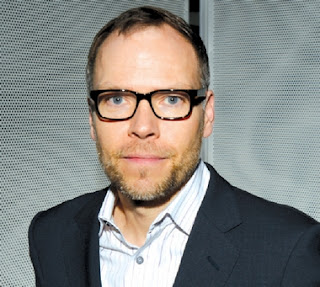 The Real Estate Council of British Columbia (RECBC) is investigating a series of incidents in which Metro Vancouver real-estate marketers have allegedly duped media to spur sales and inflate the perception of demand for real estate projects.
The RECBC regulates the real-estate marketing industry and has the power to suspend licences, cancel licences, reprimand and impose fines of up to $20,000.
Its most recent investigation involves MAC Marketing Solutions and a charade that at least one of its employees executed on February 8. MAC owner Cameron McNeill publicly apologized for an employee who pretended in television interviews with CBC News and CTV News to be a customer.
The employee and another woman posing as her sister claimed they were both daughters of wealthy Chinese parents who wanted to celebrate Chinese New Year by buying them a Vancouver condo as a present.
McNeill then conducted an internal investigation that prompted the departure of a senior manager, he told Business in Vancouver.
McNeill would not name the senior manager nor say whether he fired the employee or if he or she resigned.
“Some poor judgments were made and those poor judgments led to unfortunate circumstances,” McNeill told BIV February 20. “I’m not going to say that my investigation is finished entirely, but I have a much clearer picture.”

Korstrom then tells us the RECBC has taken up an investigation into the activities of Key West Marketing and former MAC Marketing partner Cam Good:


RECBC is also investigating two incidents of alleged media manipulation perpetrated by Key Marketing Inc., according to RECBC spokesman Tyler Davies.
Key principal Cam Good, who like McNeill is a past BIV Forty under 40 winner, denies that either of the incidents were indeed “similar deceptions.”
The first incident involved a February 2011 helicopter tour of White Rock that Key organized. Good issued a news release at the time that urged media to view and meet a “a group of Chinese realtors” as they took a helicopter tour of nearby real estate projects. Media outlets reported that the realtors represented overseas clients.
But it later was revealed that the realtors, who were of Asian descent, were based in Metro Vancouver. It was not clear if they had any potential clients based in Asia.
“There was no deception,” Good told BIV in an email. “There was never any misrepresentation about what was being done or who they were.”
The second RECBC investigation into Key involves an April 2012 incident in which a Global TV story about CONDOday Events Inc. identified Key sales manager Tara Fluet as an investor.
CONDOday is a company that Good owns separately from the Key. The two companies share office space and some human resources.
CONDOday hosts Groupon-style deals for investors who are given a short window of time to buy a home in order to reap a substantial discount.
Good said Fluet regrets not disclosing that she was a realtor and that she works for CONDOday’s sister company.
“Tara apologizes for this lack of transparency,” Good wrote in the email. “It was [a matter of] an off-duty salesperson from a related company stopping by an event to check it out and happy to answer questions when asked.

If anyone has anything they would like to pass on to the RECBC, the complaint page is here and their contact info is here.

Korstrom also notes overall real estate industry sales are tanking and gets this take from the MAC president:

Sluggish real-estate sales, however, have reduced all real estate marketers’ sales targets and made the sector more competitive.
“I like this market,” MAC principal Cameron McNeill told Business in Vancouver. “It’s one where balance and execution creates stronger results. I like a balanced market where developers who can execute well, and [marketing] companies that execute well, can outperform.”
Despite the recent embarrassment of having to publicly apologize and undergo a Real Estate Council of British Columbia investigation into a situation where an employee pretended to be the daughter of a wealthy buyer, McNeill remains upbeat about the future.
“Character is who you truly are,” he said. “Reputation is how people perceive your character. I remain steadfast in our strong moral character.”
He now shies away from quantifying each year’s total sales, but he said that MAC consistently sells more than 1,000 homes each year and employs about 100 staff, including 60 brokers, or “MAC Engine” members, as he prefers to call them.

Kudos to BIV, and reporter Glen Korstrom, for following up on this story.

We'll keep you updated on any further news we come across.


Please read disclaimer at bottom of blog.
Posted by Whisperer at 8:56 AM