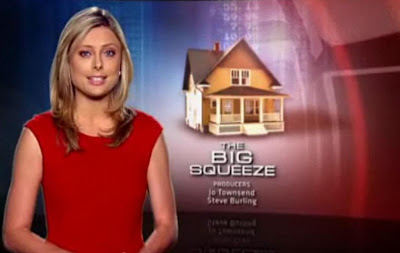 Excellent story on the Australian verison of 60 Minutes which is covering the Australian housing collapse. You can watch the whole segment here.
From the intro to the story:
As American blogger Mish Shedlock has noted, this story is so sad because Australians had every warning in the world. All they had to do was watch the US housing bubble burst.

It is a lesson that Canadians, particulary those here in the Village on the Edge of the Rainforest, have ignored.  You simply cannot explain anything to anyone with a firm conviction "It's Different Here". As Mish says, "Australian homeowners are now finding out they do not own their home. Instead, their home owns them."
Before too long we here in Vancouver will learn that harsh lesson too.

Email: village_whisperer@live.ca Click 'comments' below to contribute to this post.
Please read disclaimer at bottom of blog.