Another West Side Realtor says the market is collapsing, tells clients "you must cut prices to sell" 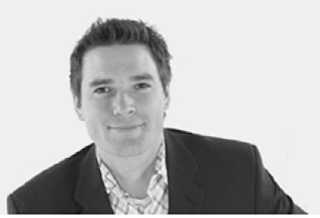 Summer may have finally arrived on the Wet Coast, but the saying of the week remains 'when it rains, it pours.'
But instead of the endless Rainforest drizzle, the topic du jour is realtors.
For the last week and half the focus has been realtor Keith Roy.
But another horse has entered the Vancouver West Side race of realtors telling clients the market is crashing.

As profiled by Garth Turner yesterday, realtor Sam Wyatt is the latest to do a spit-take on the REBGV/BCREA/Sauder School of Business kool-aid.
Wyatt's synopsis of the Vancouver real estate market?

“This market is collapsing.”

Homes are simply not selling in the same volumes as they have been and the longer people wait to reduce prices, the larger the inventory will grow.
Last month I pointed out that the active listing volumes for detached Westside houses actually exceeded the highest volume during the credit crisis. In June the number of houses actively listed was even higher at 1078. During the credit crisis, the active listings of detached homes on the Westside never exceeded 1053 houses. Keep in mind also that the three year average number of active detached homes listed on the Westside between January 2009 and December 2011 was only 589. This is a very serious situation.
One of the most influential elements of the Vancouver West real estate market has been the large proportion of sales to foreign buyers, particularly from China. From a purely anecdotal point of view, the number of these sales has significantly diminished. We have been in a "top-down" market were the sale of the most expensive real estate has driven up prices in the rest of the market as sellers have opted to down-size or move to less costly neighbourhoods. By moving into lower price points, the sellers of higher priced real estate were able to drive up prices because they were relatively flush with cash compared to those making lateral or up-size moves. As a result, the closer to the entry level of the market, the fewer gains were made. Gastown apartments have made little price gains if any over the last 3 years while detached homes have nearly doubled. When houses prices fall, the rest of the market will almost certainly follow.
The new rules for Canadian Mortgage and Housing Corporation (CMHC) insured mortgages will have a detrimental effect on sales at the entry level of the market. Maximum amortization periods for insured mortgages have been reduced to 25 years. Over the past several years this maximum has fallen from 40 to 25. The most recent move from 30 to 25 years will be the most significant in that it will exclude many first time buyers from qualifying even while interest rates are near all time lows. If the banks follow suit and adopt the CMHC rules , as they almost always do, it will likely also dissuade many investor buyers from purchasing condos to rent out. I predict this because the lower amortization period will significantly increase monthly mortgage costs and lower the proportion of those payments that are tax-deductible interest.
Vancouver's real estate market is getting and is going to get hit from both ends. So, now that you are thoroughly depressed, here is the bright light: IF YOU SELL NOW, YOU WILL STILL BE SELLING NEAR THE TOP OF THE MARKET. If you plan to sell, you will need to price BELOW the most recent comparable sales prices. If you don't do this, your listing will stagnate.

While it lacks the flair Keith Roy had for kicking his industry under the bus, it's another indication - from a realtor himself - of the looming potential for our housing bubble to burst in spectacular fashion.

It also echo's Richmond realtor James Wong's advice that if you "want to sell your property, deep price cuts are needed."
With realtors seemly tripping over themselves to publicly tell you to bail on the market ASAP... it might almost make the average person begin to take notice of what's coming.
Horrors!
==================