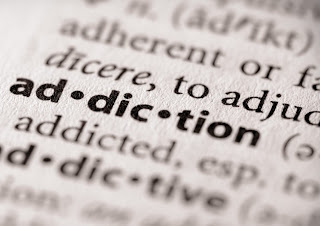 The Canadian government has made it clear that they are changing direction on the policies of the past decade and a half that have inflated our huge housing bubble.

We are in the early stages of that change in direction and it is important to recognize the significant impact that change will have on the real estate industry.

But like a drug addict desperate for the next fix, some real estate agents are looking for hope in any and all signs of continued government intervention.

Agents, like this one, who see the China Real Estate Market rebounding.

Do they cling to hope because of strong economic fundamentals?  Because of growing incomes and growing prosperity?

The hope is all based on the crack cocaine of government stimulus.

According to China Daily, the country’s domestic real estate market is on the mend after a tough period that some have described as the “China real estate bubble.” It seems the bubble may not materialize or burst after all.

The newspaper reports National Bureau of Statistics data which shows China’s real estate development index grew slightly in August after sliding 14 months in a row. The index was 94.64 last month, which was an improvement of 0.07 points compared with July. There’s not much doubt the $100 billion (700 billion yuan) the Chinese government spent in the first half of 2012 is a major reason for the turnaround.

China has a goal of constructing over 7 million units in 2012, as part of a 5 year plan to build 36 million such units by 2015. This will solve the housing needs of lower income families.

They have allocated 20,000 hectares of land for affordable housing in an attempt to control real estate prices in China.

The Chinese government relies on real estate taxes for a good portion of revenues so it was in their interest to relax the credit tightening that is strangling world economies. This is an excellent model for Canadian real estate.

Ah yes, "it was in their interest to relax the credit tightening that is strangling world economies."

This will be a theme we are sure to see repeated over and over and over again in the coming year as the real estate industry squeals under what they term 'restrictive credit tightening policies'.