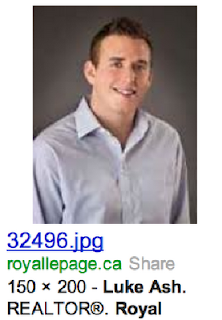 According to the Real Estate Board of Greater Vancouver (REBGV) there are over 11,000 real estate agents who "live and work in communities from Whistler to Maple Ridge to Tsawwassen and everywhere in between."

As the Lower Mainland enters it's first prolonged downturn over a decade (with monthly sales levels consistently hitting 15 year lows), one can only imagine how difficult it is for agents whose income is commission based.

In fact it was just last month that we profiled this article in the Singtao Chinese newspaper telling us about the hard times agents were facing:

Mr Shen, a newly minted realtor since 2011 had been working for a year without reaching a single sale. He had just quit RE and is training to be an electrician...

When interviewed by SingTao, Mr Shen said he had a university degree in business administration. Upon seeing the hot RE market in early 2011, he paid $5000 for a realtor prep-course and obtained his realtor license.

Ever since he’s working as a realtor. He’s been busy every weekend showing houses, one client even had him show 10 units.

He had a total of 20 clients in the first half year, but no sale.

Mr Shen said, in the current housing downturn, even seasoned realtors are having a hard time.

Another realtor, Mr Sun of Macdonald realty, said that in 2011 he averaged 2 sales per month, this year some months even went without a single sale.

Perhaps it was this need to 'survive' that possibly drove a real estate agent from Maple Ridge's Royal LePage Brookside to crime.

As noted yesterday in the Maple Ridge Times, one of two men arrested for armed robbery was a real estate agent in Maple Ridge, and he has since lost his licence as charges have now been laid.


Police announced Friday that two local young men, including one who was a local realtor, are facing a series of charges in connection with pharmacy robberies.

Police have recommended charges against Ryan Olson, 27, and 29-year-old Luke Ash for robberies at a Langley Pharmasave, Blueridge Pharmacy in Abbotsford, twice at Surlang Pharmacy in Surrey, and The Chemist in Maple Ridge. The heists took place from Aug. 21 to Oct. 12.

Ash was a realtor in Maple Ridge for Royal LePage Brookside, but is no longer licenced.

"Luke always presented himself as a very likeable and pleasant young man. This is a shock to all of us in our real estate industry," said Bob Quinnell, Royal LePage - Brookside's general manager.

"When we heard of this situation we immediately notified the Real Estate Council of BC, who oversees our licensing system. The council requested that we send Luke's licence to them immediately," said Quinnell, adding that it is "important to note that police checks are taken of anyone prior to obtaining a real estate licence."

Ash was originally licensed in July 2011, according to Davies.

On another note, yesterday was an interesting day in our Inventory watch on the side bar.

As the scroll states, "Inventory has probably now peaked for 2012 and we will see more and more listings pulled off the market in hopes the market will recover in the Spring. The main watch now is to see if we will have any days in the final two months where sales surpass the number of new listings for that day."

Yesterday almost achieved that historic first time for 2012 as we came in with 114 new listings and 114 sales.


Please read disclaimer at bottom of blog.
Posted by Whisperer at 12:18 AM