Mon Post #2: BC residents most heavily indebted - and number is growing 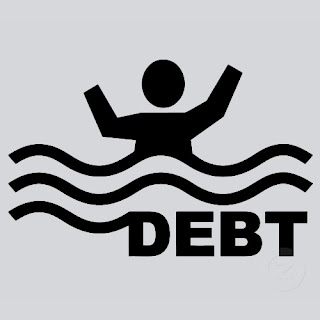 We didn't get a chance to mention this yesterday, but in case you missed it the Vancouver Province had a noteworthy frontpage story on Sunday trumpeting that B.C. has the most heavily indebted population in the country — and the number is growing.

A growing number of B.C. residents are running the emotional debt gauntlet. Beset by stagnant incomes and rising prices, B.C. posted a 42 per cent increase in people going bust over the past four years - far higher than the 11-per-cent national increase.

B.C. has the most heavily indebted population in the country. The average B.C. consumer has $37,879 in consumer (nonmortgage) debt. That's 40 per cent higher than the national average.

Meanwhile there's more evidence that as the new OSFI regulations for Nov 1 kick in, more and more borrowers are heading to alternate lenders.

Mortgage Broker News has this story about one broker cautioning colleagues on private lenders, which are gaining popularity among borrowers shut out from banks by the new mortgage rules.

“In the last two months we have seen a sudden increase of clients interested in private and syndicate lenders,” said James Loewen, broker at Loewen Group in Burlington, Ont. “Sometimes there’s a sense of urgency or rush, but brokers need to be careful in picking a reputable private lender in order to protect their clients.”

“A colleague reported doing eight to nine private lending deals in the last week and said they we’re likely doubling down on such transactions in the next few weeks,” said Loewen. “But he’s also being careful because private lenders do not go under the same scrutiny and guidelines as banks.”

The big five Canadian banks are now rejecting some of the very risky loans they used to grant because of CMHC insurance.

Canada DOES have a burgeoning subprime loan problem that we have rationalized does not exist.  And when you consider this tidbit (click on image to enlarge)...

... it becomes harder and harder to ignore that the perfect storm is brewing.


Please read disclaimer at bottom of blog.
Posted by Whisperer at 5:30 PM