Sat Post #2: The battle for public support: the real estate industry vs the Federal Government 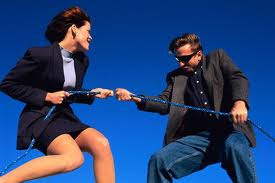 Two days ago we talked about the latest offensive by CAAMP against the changes made this year by the Federal Government to the rules around mortgages.

One of the first impacts can be seen here in the Vancouver Sun as reporter Shelley Fralic regurgitates the CAAMP news release and asks: "What, exactly, is wrong with a 35-year mortgage?: Government as babysitter is pricing many, especially first-time buyers, out of the market"

Besides the excellent response from the Huffington Post we profiled in the post two days ago, we simply refer back to the excellent article the Post came out with back in the first week of November: "Canada Housing Slump: Flaherty's New Mortgage Rules A Scapegoat For A Much Bigger Problem"

Or so the finance and real estate industries would have you believe.

To hear Canada’s banks, industry groups and even the Conference Board tell it, the slowdown that descended on many Canadian housing markets over the summer is the fault of the strict new mortgage rules Flaherty put into place this past June.

"To the surprise of no one, following the introduction of the most recent rule changes, sales activity ratcheted down," said Gregory Klump, chief economist at the Canadian Real Estate Association, in announcing a 15.1-per-cent year-on-year decline in home sales for September.

The Toronto Real Estate Board chimed in: “Some households have put their home purchase plans on hold in response to the higher cost of home ownership brought about by the recent changes to mortgage lending guidelines.”

The industry has good reason to maintain this narrative. For one, it makes it seem like falling sales volumes and prices are all "part of the plan," nothing to worry about. (Not true.) And it also deflects uncomfortable questions about the role of real estate developers, agents, banks and industry groups in creating the inflated house prices Canada has seen in recent years.

The media are happy to go along with it, because it offers a neat and simple explanation for why Canada's decade-long housing boom is coming to a halt. The only problem is, this isn’t what’s happening.

Hmmm... someone get these guys a blog, they'd fit right in with us.

First the background: Flaherty tightened the rules for mortgages for the fourth time in as many years this past June, reducing the maximum length of a mortgage insured by the CMHC to 25 years from 30, effectively making that the maximum amortization period for most Canadians who take out mortgages. He also reduced the maximum amount you can borrow against the value of your house to 80 per cent from 85 per cent. These changes, like the previous ones, were aimed at ensuring that Canada's rising home prices weren't due to irresponsible lending and borrowing.

The be sure, this will have a cooling effect on the housing market. There are prospective home buyers who just can’t afford the extra $140 per month, on average, that the shorter mortgage periods represent. Some homebuyers have just been priced out of the market. But can that alone explain the 70-per-cent drop in condo sales in Toronto, or the nine-per-cent drop in house prices in Vancouver?

TD Bank forecast the impact of the mortgage rule changes on the housing market and found it would amount to a three per cent decrease in house prices - far less than what Vancouver, for one, has already seen. Not to mention, we’ve had three previous rounds of mortgage rule tightening since 2008, and none of them tipped the market downward. Clearly, something else is happening here.

The industry would argue that the last changes were the straw that broke the camel's back and the cumulative effect is at fault, but do go on:

The housing market’s fundamentals aren’t looking good. Standing in the way is that pesky basic law of economics — supply and demand. In some Canadian markets, those two things have become entirely detached from one another.

As the CEOs of both BMO and RBC have attested, Canada’s real estate market is simply overbuilt -- particularly in Toronto, where condo construction has grown so thoroughly out of hand that there are now twice as many high-rises going up there as there are in New York City.

And more, much more, construction is being planned.

In Vancouver, where residential construction has been somewhat more restrained than in Toronto in recent years, the supply-demand disconnect is reflected in prices, which have flown so high that Vancouver has nearly as many houses listed for sale over $1 million as sell in the entire United States in a month. The city's housing costs ranked as the second least affordable in the world, after Hong Kong, in a recent survey.

Across the country, house prices are now 35 per cent higher relative to income than has been the long-term trend through history, Bank of Canada Governor Mark Carney noted earlier this year.


Simply put, prices are too high. Canadians aren't earning enough to justify these price levels. And closely linked to this is the elephant in the room: debt.

And of course this is what the battle is all about: the real estate industry wants the government to endlessly feed the ponzi with cheap, easy credit backstopped by the taxpayer's of Canada. As we have noted numerous times, the amount CMHC insures has gone from under $100 Billion in 2006 to almost $600 Billion today.  Right there is the source of the housing bubble in Canada.

It has never been cheaper to take on debt in Canada. With a global financial crisis busting out all around, the Bank of Canada dropped its base interest rate to one per cent in January, 2009, and it has stayed at or below that level for nearly four years now.

Some economists argue this is an excessively expansionary policy that has overheated Canada’s housing market. (Plenty of others would say that, given the damage taking place in other parts of the economy, those low rates were necessary.)

All this has had an alarming effect on household balance sheets. StatsCan recently revised its measurement of household debt to make it more in line with international norms, and found the debt-to-income ratio hovering at a record 163.4 per cent, higher than the level the U.S. had when its housing market began a years-long decline half a decade ago.

That offers more of a clue to why Canada’s housing market has peaked and appears to be on a downward trajectory. It’s basic mathematics writ small in the finances of households across the country — there’s just no more breathing room to borrow more money.

Add to that the phenomenon of foreign investors bailing on condos, at least in Toronto, and you have a pretty perfect storm for a housing slowdown.

And, if anything, the adjustments to the mortgage rules were too little, too late.

What should happen in a market like this is a re-balancing — or a correction, if you prefer. Whatever the terminology, house prices have to come down relative to incomes. Then and only then can they return to healthy, stable levels of growth.

Our finance minister agrees with this.

“It’s better to have some softening in the market rather than have sudden movement,” Flaherty said this summer, talking about the new mortgage rules.

But can “softening” be achieved at this point? Or has the housing market become so out of balance that there’s simply no way to avoid a hard landing? That, of course, is the big question these days.

Interestingly, as CAAMP argues how the mortgage changes are harming the economy - and by extension jobs - there is an article out in the United States that is taking the data and showing us: "How Too Much Household Debt Buried The Job Market."

One of the most interesting side shows is in watching the frustration that is now clearly being felt by the real estate industry when it comes to their growing inability to manage their message in the media.

For the past 10 years they have had free reign to massage public perception.

They still have some pull, as the Fralic column in the Vancouver Sun demonstrates.  But they are being overwhelmed on the whole.

More on this tomorrow.


Please read disclaimer at bottom of blog.
Posted by Whisperer at 5:00 PM