Chinese New Year is upon us... will real estate sales surge? - Updated 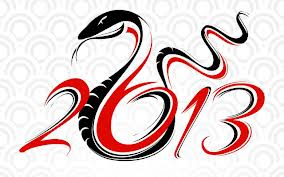 And Chinese New Year (CNY) has been an annual harbinger of a sales surge in our little Village on the Edge of the Rainforest... at least up until last year.

In 2012 CNY was a dismal flop. Declining market conditions back home combined with the negative images from the Japan Tsunami cast a pall across the CNY euphoria.

But with some semblance of a recovery in the economy, and press reports of fleeing capital in the midsts of a Chinese corruption crackdown, many have been eagerly anticipating another CNY surge.

And that's the thrust of an article in todays Vancouver Sun,  Realtors prep for Lunar New Year upswing in sales - In previous years, industry gets a bump during holiday time in China.

Sales in Metro Vancouver’s real estate markets have slowed, but realtors are still gearing up for the Lunar New Year period when, in recent years, the region has seen a bump in transactions associated with an influx of visitors for the holiday.


“It’s hard to say what’s going to happen this year, but I expect we will see a bump in sales activity during the month of February,” said Cameron McNeil, president of project-marketing firm MAC Marketing Solutions.


However, McNeil said Asian buyers have been more active in the Metro Vancouver market in recent weeks than they were through the middle of 2012.


By the end of 2012, property resales had declined 23 per cent to 25,032 transactions within the region of Metro Vancouver covered by the Greater Vancouver Real Estate Board, and realtors were describing the market as a standoff between buyers and sellers.

Asian buyer have been more active in the Metro Vancouver market in recent weeks?

Now it must be said that the daily sales stats are not an accurate reflection of what went on that particular day.  They can be delayed weeks at a time.  But those numbers have been abysmal.  So the first reaction is to scoff at the statement.

It wreaks of another lame attempt to generate phantom demand as a lever to encourage buyers to "buy now before the surge prices you out".

McNeil said his salespeople are seeing an increase in activity, including from Chinese buyers.

“To me, (Chinese buyers) are a leading indicator,” McNeil said. “What I mean is, when Chinese buyers are active, it is a little bit of a bellwether (for the overall market), and the Chinese are active.”

Buyers are taking their time, McNeil said, but for developments in good locations with “fair values, prices aren’t coming off and are selling very well.”

He added that locations with established neighbourhoods, good schools and proximity to rapid transit are popular.

The message here is clear: Chinese buyers are a leading indicator and realtors are here to tell you "they're buying." The implication? Get ahead of the curve before prices start going up again.

As one comment at VCI noted (hat tip Bo Xilai):


Yeah, I can see wealthy Mainland Chinese buyers consider proximity to rapid transit as being SUPER important to their buying decision.

Why take the Bentley when you can ride the Canada Line?

Maybe Mr. MacNeil is trying to get his real audience – brokeass first time home buyers – off the fence.

And that is exactly what the entire "news piece" is all about.

Comically - after the big pump - the stage is set to soften the inevitable disappointment.

On the Chinese zodiac, 2013 is the year of the snake, but McNeil said that factors little in anyone’s buying plans.

Lunar New Year is one of the times of the year when the Chinese visitors who are drawn to Vancouver tend to come, which is something the real estate industry noticed and catered to with receptions and sales events. The result, McNeil said, has been “quite a few transactions out of that time period.”

Albert Leong, managing broker for the Macdonald Realty Westmar office in Richmond, added that China shuts down for Lunar New Year, which gives executives and business owners time to take a break from their companies and travel.

“At the same time, they come here with some money,” Leong said, and those inclined to spend some time in Vancouver might buy property.

However, Leong is also sensitive to China’s internal economics, which haven’t been as strong as in previous years as the economies of its customers in Europe slow down and the United States struggles to bounce back.

And his impression is that there are fewer Chinese coming to Metro Vancouver.

“I think they are in recession just because their customers, the U.S. and Europe, are doing less business (with China),” Leong said. “I think for the government, the incentive is there to keep everyone home and keep their own economy (growing).”

The CNY period is upon us and sales data over the next few weeks is going to paint a very telling story.

Four sales days after the first of the month and we already have a net inventory increase of almost 600 new listings (an average increase of 149 per day).  If net daily listings were to increase at this rate, February would close with an astounding increase in inventory of (+2,832), a total which would eclipse any increase seen in 2012.


Please read disclaimer at bottom of blog.
Posted by Whisperer at 6:19 PM