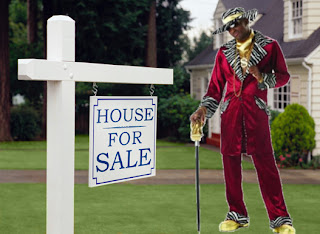 It's only fitting that since we have North America's largest housing bubble that the housing porn TV shows should gravitate to our 'hood.
Corus Entertainment’s W Network announced today that the west coast spin-off of W Network’s hit house pimping series Love It or List It has been given the go-ahead and is scheduled to launch in winter 2013.
Interior designer and TV personality, Jillian Harris (The Bachelorette Season V, Extreme Makeover: Home Edition) will co-host Love It or List It Vancouver.
Harris’ co-host will be announced at a later date.
Produced by Big Coat Productions in association with W Network, Love It or List It is a long standing flagship series show for W Network.
Vibika Bianchi, Vice President, Original Programming, Lifestyle, Reality, Factual Entertainment, Corus Entertainment said,

"With Season 5 now well underway, the time is right to bring the winning formula to Vancouver’s hot real estate market."

According to the press release, Love It or List It Vancouver will showcase families

"... in B.C.’s largest metropolitan city who are struggling with homes that no longer suit their needs. It’s up to Jillian to put a stop to the wandering eyes of our homeowners, armed with a list of 'must-haves' and a design she hopes will persuade them to stay. Meanwhile, the realtor is determined to get homeowners to relocate by taking the homeowners list of “must-haves” and finding them new digs.
Set in one of Canada’s largest real estate markets, the beautiful Pacific west coast, every episode will take viewers on an emotional rollercoaster as Jillian and her soon–to-be announced co-host implement their plans to battle it out for the homeowners’ allegiance. With renovation there are always setbacks and sometimes it means the homeowners must lose one of their “must- haves” on their list to stay. On the realtor’s end, finding everything the homeowners want in their dream home can be more difficult than originally anticipated. The stakes are high as the homeowners weigh in on the financial and emotional decisions of buying a new home or staying in the renovated one."

You can only marvel at the unfolding scenario here.
Winter 2013 is over half a year away.
Vancouver's real estate sales are plunging, listings are exploding.
One wonders if, by air time, the show could morph into "Love to list it, Desperate to sell it"
==================

Please read disclaimer at bottom of blog.
Posted by Whisperer at 11:11 PM