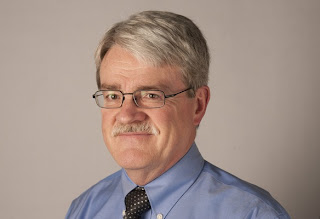 Meet Randal Denley. Currently he writes for the Ottawa Citizen.
Last week he penned the most bizarre column that took issue with the recent actions of Federal Finance Minister Jim Flaherty.
As you know by now, the federal Conservatives have taken action to shorten the amortization period for mortgages and reduced the percentage of your income it will allow you to spend on housing.
Denley disagreed with the moves and articulated his concerns in a column titled "Buying a house is our risk".
But right from the headline, you're left scratching your head.
If "buying a house is our risk", why are you arguing against the government withdrawing from what they will cover with CMHC insurance?
Denley says,

"Low interest rates play a big part in making more expensive houses affordable. The Bank of Canada, which supports low interest rates by keeping its prime rate low, doesn’t want us to take advantage of them. It could solve the problem by raising rates, but that would be bad for the economy. Instead, the government is using regulation to depress people’s ability to buy a house.
The government believes it needs to save us from ourselves. Left to our own devices, we will bury ourselves in debt that will take generations to pay off. If only we could be as financially responsible and debt-free as government itself."

Umm... if Canadians want to plunge themselves into insane mortgage debt, we should let them.  Freedom to make your own decisions and all.

Okay.
But Denley goes on to argue...

"Why do we need government to intervene in the housing market?"

Err... we don't. That's the problem.
Any Canadian can walk into any bank and request a longer amortization under the new regulations.
You can apply for a 30, 35 or 40 year amortization. It might require a higher down payment, a higher interest rate on the loan, a more rigorous financial check, and a hell of a lot more capital backing your request... but if you qualify the bank will provide you with the the loan at the longer amortization.

Of course the average Canadian won't qualify for this. They NEED government interference to provide government guarantees to get that loan at all.
As we noted the other day, the cap on CMHC mortgage insurance funding in 2006 was $100 Billion.

In 2012 it sits at $600 Billion and CMHC is about to breach that ceiling.
In that one statistic lies the foundation which provided the crack cocaine of cheap money that fuelled our massive housing bubble.
It was massive government intervention that brought us to this point and facilitated Canadians to be able to assume all this debt.

By themselves, a huge number of Canadians never would have qualified for all those mortgages to begin with.
Denley argues that we don't need the government playing nanny for us and protecting us from our spending choices.
Agreed, how Canadians choose to spend their money is indeed up to them.
So how is it that Denley comes to the conclusion that other Canadians, through government intervention in the housing market via CMHC insurance, should be asked to assume the risk of those foolish expenditures by our fellow citizens?

"Looser mortgage rules do increase the risk that some people will get overextended and lose their homes. That’s unfortunate, but people make bad financial decisions all the time. Does that mean everyone else should face government controls on their investments?
Buying less house than you can afford and keeping your debt under control are prudent choices, but they should be our choices. It’s our money and our risk.

Bingo! It's your money and YOUR RISK.
Which is exactly why CMHC shouldn't be insuring those mortgages and passing that risk onto the backs of other Canadians through government guarantees in the first place.

Please read disclaimer at bottom of blog.
Posted by Whisperer at 9:00 AM