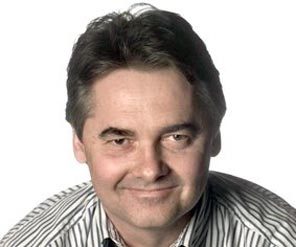 Back on March 22nd, Vancouver Sun columnist wrote a column that garnered a lot of attention in the real estate blogosphere.
Ostensibly the article was an attack on affordable housing.  A view reinforced by the headline which blared: "Affordable housing in Vancouver? Who wants that?"
It made me chuckle.
If you talk to those scribes who write for the mainstream news and have a conversation with them about their profession, there is one interesting complaint.
They don't get to write the headline for their columns.
It's their Editors who do that.  And often the writers themselves disagree with the choice of 'eye-catching' headline.
This particular column about the Vancouver housing scene was a rant against Social Engineering.
McMartin's opinion is that the meddling of the Social Engineer's rarely works and more often causes more problems than it solves.
In the case of housing affordability, he offered this quote:

"There's nothing that this task force can do to make Vancouver as inexpensive as Toronto or Edmonton. But I do believe it will mean changes in the processing of building permits, and in the wording of zoning bylaws that ultimately will lead to increased competition and more affordable housing choices."

To which McMartin countered that this would lead to more densification - an outcome he did not believe people wanted.
McMartin closed with another quote:

"The only thing that's going to make housing in Vancouver cheaper is a collapse in housing prices."

To which he replied:

Hands up, you well-meaning social engineers, who want that.

And I agree with the point of the March article.

But because McMartin had spoke about his own travails with home ownership when he first moved to Vancouver, he was vilified for appearing to be against deflating the housing bubble.
Today McMartin came out with another article.
It concludes by noting:

"In the meantime, in the very near future, on Monday, Mayor Gregor Robertson’s Task Force on Affordable Housing will deliver its recommendations. After months of consideration and research, city hall will finally reveal how government can make housing more affordable, despite the fact that the market has been busily doing just that. In real estate, timing is everything."

It's another cheap shot at Social Engineering.
Those who want regulations on flipping houses, or regulations on foreign buyers, etc... they are missing the point.
Our real estate bubble has been created by cheap credit and policies that accommodated massive debt.
Flippers, speculators and foreigners may have capitalized on it... but they are not the problem to be addressed.
With this latest article, McMartin will get flack from the real estate blogging community again.
The headline, "The Market is Teetering! Happy Now? implies McMartin is unhappy with the regulatory changes that have just been made instead conveying what his column is actually doing: taking a shot at the social engineers.
McMartin isn't criticizing the steps just taken by Flaherty and Carney, he's taking yet another cheap shot against the Social Engineers.

And I completely agree with him.

Hopefully most of the blogging community appreciates what he is railing against.
Side note
Some interesting stats in the body of this latest article.

Sales in May for all forms of housing across the Multiple Listing Service were down over 15.5% from last year, and the lowest for the month of May since 2001.

The news for detached homes sales was even worse: They were down 25% for the same period last year.(Commenting on these numbers, the resolutely sunny Real Estate Board of Greater Vancouver decided this was “indicative of balanced market conditions.” But then the board would have viewed the crash of the Hindenburg as the result of “normal deflationary conditions.”)

While sales have fallen, the number of listings has risen. In the Vancouver westside, which is held up as the main beachhead for the Asian invasion, the total of active listings — those homes for sale that haven’t sold — has risen to 1,100 properties at present from 600 a year ago. That is, during all the time the alarmists were certain that Asian buyers were pushing up house prices across Metro, the market in that neighbourhood most cited as the cause of those rising prices was already languishing.

The take-a-way here is that the dreadful statistics are now getting mainstream coverage.
Combine this with the press from the latest Flaherty, Carney and OFSI offerings and the psychology of the general public regarding real estate is taking an absolute beating.
It will be fascinating to watch the last half of this year.
==================

Please read disclaimer at bottom of blog.
Posted by Whisperer at 8:01 PM