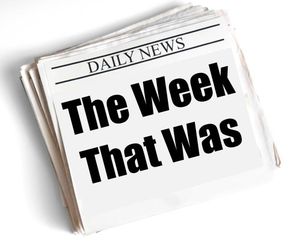 The third week of June, 2012 is rapidly turning into 'the week that was'.
Will we look back at this as a major turning point in our housing bubble?
It started off with the Vancouver Sun outlining upcoming changes for CMHC mortgages by the OSFI. A barrage of negativity hits the mainstream media telling people to prepare for changes like:
Egads.
These measures being discussed in the media are, by themselves, enough to create a stir. But that was just primer for the next round.
Canadian Mortgage Trends fired off a tweet earlier today which proclaimed: "What the industry didn't want to happen, happened" 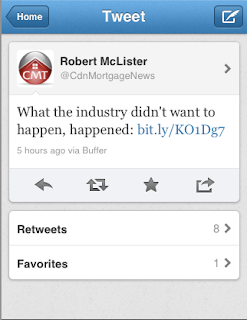 And what are they referring to? What is the dire news they didn't want to happen?
CMT announced that the former No. 1 lender in the mortgage broker market announced that they are closing their doors to new business as of July 31, 2012.
FirstLine, a broker lending subsidiary division of CIBC, was put up for sale earlier this year but a deal could not be closed.
A source familiar with the discussions told CMT: “The buyer struggled to come to a deal that made sense so CIBC chose to let FirstLine die a natural death on its own."
This was a development CMT says marks "a moment of truth for the broker market."
But if that weren't enough, press reports last night confirmed what we alluded to yesterday. Specifically Ottawa is tightening up on mortgage rules.

"The country’s biggest banks were caught off guard on Wednesday night as the Department of Finance prepared to clamp down on mortgages by reducing the maximum amortization for a government-insured mortgage to 25 years from 30.

Ottawa will also limit the amount of equity that can be borrowed against a home to 80 per cent of the property’s value, down from 85 per cent.

Ottawa will announce two other changes, according to a source. It will no longer allow high-ratio mortgages over $1-million, and it will cap the gross debt service (which looks at a consumer’s total debt payments as a percentage of their income) at 39 per cent.”

Please read disclaimer at bottom of blog.
Posted by Whisperer at 12:46 AM