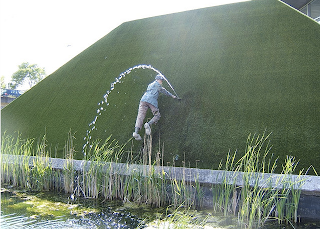 Those who have followed this blog over the past few years know there is one theme that we repeat ad nauseam: the 2008 Financial Crisis was an earthquake the depth and breadth of which none of us fully understand nor appreciate.
And that crisis is not over.
Yesterday Graham Summers of Phoenix Capital Research had this take on the current state of the Financial Crisis that emerged in 2008.
Summers believes events in Europe will escalate and that Europe will collapse before the end of the year and very likely before the end of the summer. When this plays out, the fallout will be worse than 2008.
And the world Central Banks will not be able to control the damage.
Summers thinks the Crisis coming from Europe will be far, far larger in scope than anything the US Federal Reserve has dealt with before.
He also thinks the Fed is now politically toxic and cannot engage in aggressive monetary policy without experiencing severe political backlash (this is an election year).
The Fed’s resources are spent to the point that the only thing the Fed could do would be to announce an ENORMOUS monetary program which would cause a Crisis in of itself.
Summers breaks down the key facts:
And all of this is occurring in a region of 17 different countries none of which have a great history of getting along… at a time when old political tensions are rapidly heating up.
As bad as the above points may be, they don’t even come close to describing the REAL situation in Europe.
Case in point, regarding leverage levels, PIMCO’s Co-CIO Mohammad El-Erian (one of the most connected insiders in the financial elite) recently noted that French banks (not Greece or Spain) currently have 1-1.5% capital relative to their assets, putting them at leverage levels of nearly 100-to-1.
And that’s France we’re talking about: one of the alleged key backstops for the EU as a whole.
The Federal Reserve, indeed, Global Central Banks in general, have never had to deal with a problem the size of the coming EU’s Banking Crisis. There are already signs that bank runs are in progress in the PIIGS and now spreading to France (see El-Erian’s comments in the article above).
Summers observes the EU is a colossal mess beyond the scope of anyone’s imagination. The World’s Central Banks cannot possibly hope to contain it. They literally have one of two choices:


If they opt for #1, Germany will leave the Euro. End of story. So even the initial impact of a massive coordinated effort to monetize debt would be rendered moot as the Euro currency would enter a free-fall, forcing the US dollar sharply higher which in turn would trigger a 2008 type event at the minimum.
Moreover, Summers observes the Fed is now so politically toxic that Ben Bernanke is literally going on the campaign trail to attempt to convince the American people that the Fed is an honest and helpful organization. Put another way, there is NO CHANCE the Fed can announce a large-scale monetary policy unless a massive Crisis hits and stocks fall at least 15%.
Finally if the Fed were to announce a new policy it would have to be MASSIVE, as in more than $2 trillion in scope.
Summers points out that the $600 billion spent during QE 2 barely bought three months of improved economic data in the US and that was a pre-emptive move by the Fed (the system wasn’t collapsing at the time).
So Summers concludes that given that the Fed will only be able to announce a large scale program in reaction to a Crisis, whatever it did announce would have to be ENORMOUS, a kind of shock and awe, attempt to rein in the markets.
Moreover, it would literally be THE LAST QE the Fed could hope to ever announce as political outrage from the ensuing Dollar collapse and inflationary pressures would likely see the open riots and/or the Fed dismantled (this has happened twice before in the US’s history).
In simple terms, the Fed’s hands are tied until a huge Crisis hits.
And then, if the Fed acts it’s going to have to go “all in” with a massive program. If it does, we will still experience a Crisis, as the Dollar would collapse pushing inflation through the roof as well as interest rates (which in turn would destroy the banks as well as the US economy).
In simple terms Summers believe that, this time around, when Europe goes down (and it will) it’s going to be bigger than anything we’ve seen in our lifetimes. And this time around, the world Central Banks are already leveraged to the hilt having spent virtually all of their dry powder propping up the markets for the last four years.
Most people believe the Fed can just hit “print” and solve everything, but Summers believes they’re wrong.
The last time the Fed hit “print” food prices hit records and revolutions began spreading in emerging markets. If the Fed does it again, especially in a more aggressive manner as it would have to, we would indeed enter a dark period in the world and the capital markets.

Summers insists this is not Doom and Gloom, it's reality.
Graham Summers isn't the only one with this view.
World renown investor George Soros is singing a similar tune.

Germany and its central bank are unlikely to lead the way out of the euro zone debt crisis within three months time, after which it will be too late, U.S. billionaire George Soros said on Saturday.


Speaking at an economic conference in Trento, Italy, Soros said that the euro crisis - which he defined as a sovereign debt crisis and a banking crisis closely interlinked - threatened to destroy the European Union and plunge it into a lost decade like Latin America in the 1980s.


The Greek crisis is liable to come to a climax in the fall. By that time the German economy will also be weakening so that Chancellor (Angela) Merkel will find it even more difficult than today to persuade the German public to accept any additional European responsibilities. That is what creates a three-month window," he said.

As I have stated many times, this crisis is far from over.
The Central Banks of the world will not permit the massive deleveraging  and destruction of debt that must occur for the capitalist system to repair itself.
So it MUST intervene.


"Europe is the key swing factor. If Europe addresses its financial troubles, and keeps Greece in the eurozone, the financial markets are likely to settle and boost U.S. employers’ confidence. But if Europe slowly worsens, it will be a drag on the U.S. economy."

I tend to agree with Grant Williams who says

as we approach the endgame for Europe, the choice facing those empowered to make decisions about how it ultimately plays out is actually a fairly simple one—allow massive, widespread sovereign defaults and a continent-wide bank-run or print unlimited amounts of Euros... is anyone still confused about how this will all play out?

Europe’s ‘leaders’ will NOT arbitrarily choose to inflict the pain necessary to deal with the current debt crisis when they have the means to print free money at their disposal and the only impediment to doing so is an as-yet undetermined percentage of 81 million German citizens.

If Germany has to leave the EU in order for the moneyprinting to happen, then they will leave - either because they choose to or because the ‘Latin-bloc’ (which now includes France) forces them to. Either way, the end will come in a shower of confetti paper money.

There may well be a period of deflation or deleveraging prior to inflation taking hold, but with inflation the central bankers’ firehose of choice, we can be fairly certain that inflation is in our future.

Because the Central Banks MUST intervene, I believe tremendous opportunity lies ahead in terms of Gold and Silver, especially Silver.
I don't believe the world will return to a Gold Standard, nor should it. But there will be a tremendous flight to both Gold and Silver as this plays out, even while other commodities collapse.
And that represents a huge opportunity.
==================

Please read disclaimer at bottom of blog.
Posted by Whisperer at 3:01 PM