Amoss admits he 'made a mistake' on Bank of Montreal 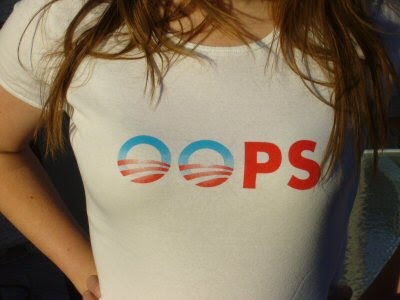 Faithful readers will remember the rumours about Bank of Montreal back in August.

Agora Financial's Dan Amoss made claims that BMO was gaming its books and had been lying about its ability to pay shareholder dividends.

As managing editor of the Strategic Short Report, a pricey Internet-based newsletter that provides 'tips' to subscribers on stocks that may be worth shorting, Amoss had issued an 'alert' about the Bank of Montreal.

Amoss implied that BMO was suffering significant losses from it's loan portfolio and wouldn't be able to maintain it's dividend payments. He predicted that a dividend cut might come as soon as that week's August earnings release, which is after the August options expiration. That cut would start a sequence of events that would drive BMO's share price down significantly.

Amoss recommended to his newsletter subscribers several market plays to take advantage of the situation, and hyped the recommendation in several internet 'teaser' ads.

The hype reached a rumour frenzy and by Sunday August 24th, the story became an honest-to-goodness Internet sensation.

In the options market on Monday the 25th, about 48,000 contracts changed hands, 34 times the usual daily volume.

The turnover included 3,405 calls and volume in the stock's puts outnumbered calls by a ratio of more than 13-to-1. The stock fell 3% during the day and the story caught the attention of the mainstream press as Bloomberg, Reuters, and several Canadian newspapers.

By opening bell on Tuesday the 26th the story washed-out as a non-event. BMO maintained it's dividend, announced it had increased profits; and news organizations found Amoss unavailable for comment.

Agora Financial issued a statement defending Amoss and said, "Of course, there's always a chance Dan’s pick is either too early or wrong. That's the nature of speculation."

Those who followed Amoss' advice were encouraged to hold their positions until December and have faith.

Well... it's now December 2nd. So what happened, you ask?

Amoss has come out and admited he made a mistake on this recommendation he advised his readers to sell their puts.

“This was the second quarter in a row that I expected conservative accounting to return to BMO, but this has not happened. It eventually will happen. Next quarter, we could see an earnings miss based upon a re-acceleration in the provision for credit losses.

Two percent of BMO’s entire loan portfolio is in the ‘impaired’ category. According to Blackmont Capital, this is 70% higher than BMO’s peer group of Canadian banks. Furthermore, BMO’s allowance for credit losses covers just 58% of gross impaired loans. This coverage ratio is just half of the coverage ratio of BMO’s peer group.

BMO stock trades at a very high valuation -- one that discounts a V-shaped recovery in the credit quality of its loans. I made a mistake from this recommendation, and have learned from it. The most important take-away from this experience is that banks have a lot more of control over the timing of their credit losses. Also, I’ve come to appreciate just how amazingly complacent Wall Street can be about embedded credit losses at banks.

Our trades depended on management recognizing reality. This has not happened yet. But it eventually will.

I’ll keep following BMO for a potential put option trade in the future. The next earnings report could contain the negative surprise we’ve been waiting for, but let’s wait until we get closer to that point to buy any more puts.”

Please read disclaimer at bottom of blog.
Posted by Whisperer at 9:42 PM