Time to deck the halls 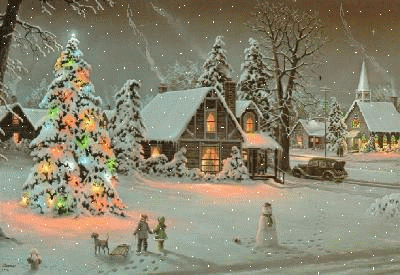 Today's a day for decking the halls, so a short post of various thoughts for you.

Ludwig von Mises was a German economist who predicted the 1930s Depression. During the 1920s he was snubbed by economists world-wide as he warned of a looming credit crisis. It's interesting to read his thoughts today.

Mises's ideas on business cycles were spelled out in his 1912 tome "Theorie des Geldes und der Umlaufsmittel" ("The Theory of Money and Credit"). Not surprisingly few people noticed, as it was published only in German and didn't exactly rate as a beach read in the Fatherland.

Taking his cue from David Hume and David Ricardo, Mises explained how the banking system was endowed with the singular ability to expand credit and with it the money supply, and how this was magnified by government intervention.

Left alone, interest rates would adjust so that only the amount of credit that is voluntarily supplied and demanded, would be used.

When credit is force-fed beyond that (call it a credit gavage), grotesque things start to happen.

Mises noted that government-imposed expansion of bank credit distorts our desire for saving versus consumption. Government-imposed interest rates (set artificially below rates demanded by savers) leads to increased borrowing and capital investment beyond what savers will provide.

Under ordinary circumstances any random spikes in credit would be quickly absorbed by the system; the pricing errors corrected and the half-baked investments liquidated, much like a supple tree yielding to the wind and then returning.

But when the government holds rates artificially low in order to feed ever higher capital investment in otherwise unsound, unsustainable businesses, it creates the conditions for a crash.

Everyone looks smart for a while, but eventually the whole monstrosity collapses under its own weight through a credit contraction or, worse, a banking collapse.

This is the critique many are leveling at Alan Greenspan and Ben Bernanke for the chain of events that has transpired since the dot com crash of the late 1990s. A severe recession was put in abeyance as the Fed interfered with the economic cycle leading to today's conditions.

Perhaps his most poignant observation Mises makes is that, "there is no means of avoiding a final collapse of a boom brought about by credit expansion. The alternative is only whether the crisis should come sooner as a voluntary result of the abandonment of further credit expansion, or later as a final and total catastrophe of the currency system."

We keep hearing from Carney, Bernanke, et al that they cannot withdraw the stimulus because the 'recovery' is too fragile right now. And consensus is that any withdrawal will trigger a deflationary spiral.

In a week where Allan Edwards forecasts the bear market to finally bite back, when Richard Russell speculates that the next downturn will be 'vicious', and Meredith Whitney believes the US government is "out of bullets" (see yesterday's post)... well Mises makes for some interesting reading.

Better make sure that eggnog has some rum in it.

Please read disclaimer at bottom of blog.
Posted by Whisperer at 10:23 AM