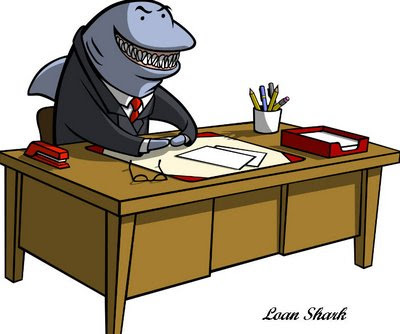 If you though a credit card interest rate of 39.9% by Capital One in the US sounded outrageous, try 79.9%.

According to USA Today, First Premier Bank is skirting new regulations intended to curb abusive practices in the industry by employing a strategy other subprime card issuers could start adopting to get around the new American rules.

In the past a company like First Premier would levy a minimum of $256 in fees in the first year for the privalege of using their credit card with a line of credit of $250.

Starting in February, changes to American law will cap such fees at 25% of a card's credit line.

So what are the weasels are First Premier Bank going to do?

In a recent mailing for a preapproved card, First Premier lowers their fees to the legal limit (charging $75 in the first year for a credit line of $300).

But the new law doesn't set a cap on interest rates so First Premier will rachet up their APR from 9.9% to 79.9%.

The bank said "no final decisions" have been made regarding any rate changes for existing cards, but you can well imagine a sense of panic developing in any consumer who has one now with an outstanding balance.

The offer from the bank states there are no hidden fees that aren't disclosed in the attached form. That's where the 79.9% interest rate and $75 annual fee are listed. There's also $29 penalty if you pay late or go over your $300 credit limit.

And they hasten to add that they guarantee a 60-second status confirmation and that "... you might have less-than-perfect credit and we're OK with that."

Please read disclaimer at bottom of blog.
Posted by Whisperer at 11:04 AM