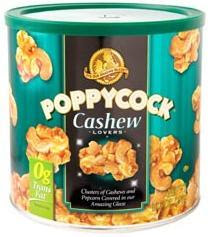 You may recall back in October we talked about Bank of Canada Governor Mark Carney going up to Parliament Hill and using a portion of his presentation to tell our elected officials what bloggers have been saying all year - that Canadians may be getting in over their heads in the purchase of homes.

The BOC, said Carney, would be conducting an 'analysis' just to be sure.

Well... the 'analysis' is out and Carney tells us that he has concluded that household debt is now biggest risk to financial system.

Especially given the Sprott Asset Management Report we profiled that shows how little asset prices would have to decline in order to wipe out the tangible common equity of our vaunted Canadian Banks.

Carney, recognising the looming potential disaster, once again laid the groundwork for his mea non- culpa by urging prudence among Canadians who are borrowing at super-cheap rates today but may not be able to afford higher payments tomorrow.

The BOC used a 'stress test' to show that rising interest rates between mid-2010 and mid-2012 would saddle a growing number of Canadians with unmanageable debt loads.

"Households need to assess their ability to service these debt obligations over their entire maturity, taking into account likely changes in both income and interest rates," the bank said.

[... meaning what? Dump that house/mortgage now to some other schmuck who might also ignore my warnings before it's too late?]

To banks, Carney had this to say. “Financial institutions need to carefully consider the aggregate risk to their entire portfolio of household exposures when evaluating even an insured mortgage, since a household defaulting on an insured mortgage would likely be unable to meet its other debt obligations."

Translation: a collapse is going to hurt us all.

That said, Carney took care not to create too much concern. He was quick to stress that Canadian banks currently have more than enough capital on hand to absorb potential losses, suggesting that even the worst-case scenario in the stress test would fall short of risking a collapse of the financial system.

Interestingly the world is starting to take notice that everything may not be peaches and cream in the Land of the Maple Leaf's banking system.

The respected financial website SeekingAlpha ran a story today saying, "Who Says There Were No Canadian Bank Bailouts?"

"[Canada] essentially put $15 billion of capital into the Canadian banks that participated in [a unique] $75 billion CMHC program. How is [this funding] any different than the pref share offerings via the American TARP program, other than the fact that Canadian taxpayers didn’t receive any purchase warrants on Canadian bank shares as compensation? Let’s not forget, the TARP was originally designed to take assets off U.S. bank balance sheets so as to free up capital.

There is only a subtle distinction between injecting capital into a bank and relieving it of assets so that it can avoid a capital injection. Kind of like your Dad temporarily buying your bike from you when you ran out on money in University, and then selling it back to you six months later when you were flush from a summer job.

The notion that Canada’s 'free market' took care of itself over the past 15 months is poppycock."

So is the idea that our nation, particularly the City of Vancouver, isn't sitting on a massive housing bubble.

Please read disclaimer at bottom of blog.
Posted by Whisperer at 5:05 PM