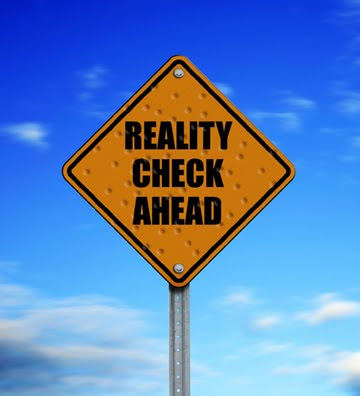 Last Autumn, when the markets were melting down, I made an observation that I still hold to today.

What occurred in 2008 was a significant financial earthquake and we still do not completely appreciate the full repercussions of what occurred.

It's one of the primary reasons I am still extremely bearish on the outlook for real estate in the world's most bubbly city: Vancouver.

Looming on the horizon will be downgrades to similar debt issued by the United Kingdom and the United States.

The fiscal imbalances and accumulated debt that has built up from trying to rescue our economy from the financial crisis is piling onto an already massive amount of government debt.

As David Rosenberg, chief economist and strategist at Gluskin Sheff in Toronto, said yesterday, "Anybody who thinks we are through this credit collapse is delusional. It is ongoing."

That message was echoed by this week on CNBC by Meredith Whitney, a former analyst at the investment bank Oppenheimer & Co. Inc.

Whitney, who has her own firm now, is renowned for calling out the problems with banks' toxic assets before the issue became widespread.

And what she forecasts for 2010 is anything but positive.

Whitney said that she believes government is running out of ways to help the economy as the US faces major issues regarding credit and employment.

"I think they're out of bullets," she said.

Whitney keyed in on the main reason that all the improvement we are seeing is, in fact, a false recovery. Despite being able to borrow at near-zero percent interest, banks are not taking that money and putting it back into the marketplace.

Consumer lending dropped 1.7% on an annualized basis in October, the ninth straight monthly decline. Whitney noted that consumers are "getting kicked out of the financial system" as the stimulus money is cycled to the banks bottom line and feeds a speculative frenzy in the stock market.

"What's so frustrating is you have an administration that is arguing such a populist (ideology) and not appreciating all the unintended consequences that the consumer and small businesses have far less credit," Whitney said.

With consumer spending making up about 70% of gross domestic product, the inability of even credit-worthy consumers being able to be able to borrow will put a severe headlock on future growth.

And that means there will be no economic recovery - at least not on a scale both the United States and Canada need to see.

"I have 100% conviction that the consumer is not getting any better and there's not more liquidity," Whitney said.

"I don't think you can cut taxes enough to stimulate demand," Whitney said. "For a 2010 prediction, which is so disturbing on so many levels to have so many Americans be kicked out of the financial system and the consequences both political and economic of that, it's a real issue. You can't get around it. This has never happened before in this country."

When you combine a failed 'immaculate economic recovery' with a need to service massive amounts of government debt, you soon realize that we are in the midst of a huge paradigm shift in North America.

The average Joe simply does not appreciate what our economic future holds for us.

As Rosenberg said, "Anybody who thinks we are through this... is delusional.

Please read disclaimer at bottom of blog.
Posted by Whisperer at 3:31 PM